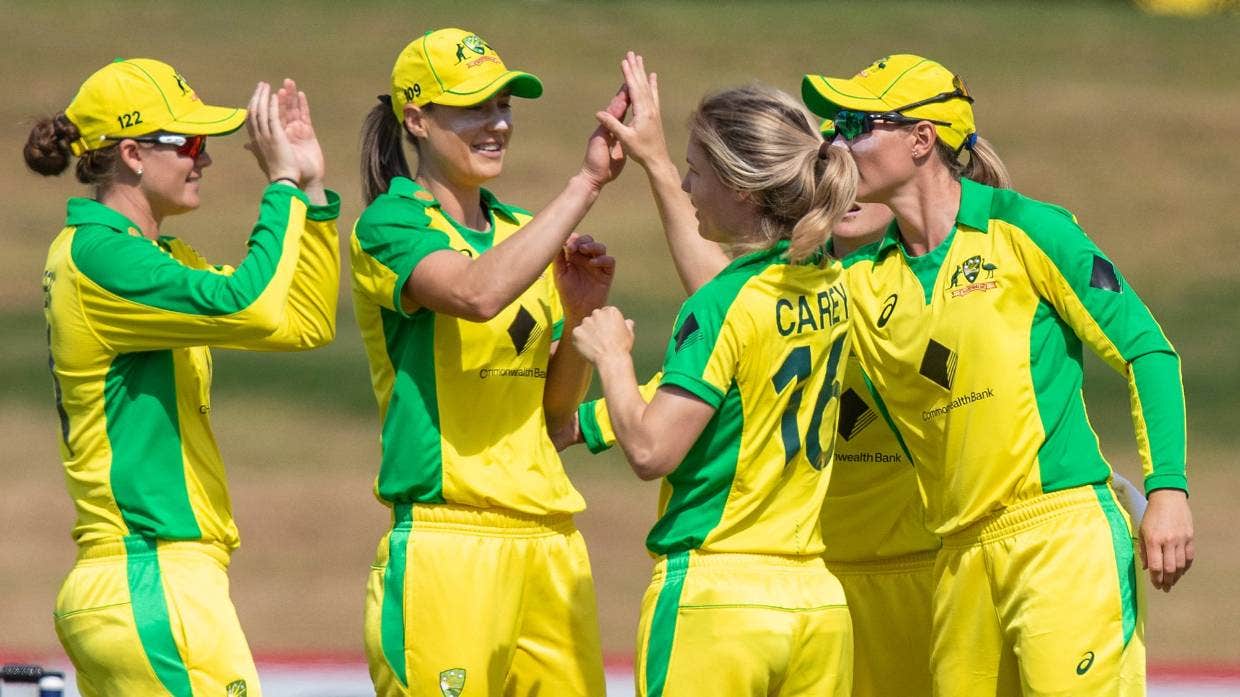 White Ferns captain Amy Satterthwaite had to reflect on another woeful one-day international (ODI) defeat as Australia revelled in breaking a world record that could be unbeatable for a long time.

Sunday’s dominant six-wicket victory over the White Ferns in Mount Maunganui was the Australian women’s team 22nd on the trot and bettered the previous ODI record of 21 set by the great Australian men’s team under Ricky Ponting in 2003.

Star Australia batter Alyssa Healy, who ignited their successful run chase with 65 from 68 balls, said breaking that record winning streak was not discussed among the team ahead of the three-match Rose Bowl series at the Bay Oval, which they lead 1-0.

However, Healy removed herself from the professional bubble of elite sport to pause, smile, and delight in going one better than Ponting’s all-conquering team, who achieved their 21-match streak in four, jam-packed months, including their 2003 World Cup win in South Africa.

Australia’s women’s team, since their last defeat against world champions England in October 2017, have notched 22 consecutive ODI wins in more than three years under captain Meg Lanning, beating the White Ferns in the 50-over format on eight occasions.

“Now the dust has settled, it’s a pretty special feeling, one that I think all the girls in the changing room won’t take lightly,” Healy said. “It’s a pretty impressive record to break.”

Meanwhile, the White Ferns have lost 12 of their last 13 ODIs and haven’t beaten the Australians in the format since February 2017.

The contrasting form of the trans-Tasman rivals is still stark.

The White Ferns have to improve soon if they want to compete at their own World Cup on home soil, starting in 11 months.

Satterthwaite said New Zealand’s 212 all out from 48.5 overs, after being sent in, was never going to be enough.

Without star batters Sophie Devine and Suzie Bates, the White Ferns lacked firepower and the trend of losing wickets in quick succession – their last eight for 53 runs after being 159-2 with 13 overs left – is hurting them, Satterthwaite said.

“We can’t deny it. That has been a trend. If you look at our last games, there have been spells where we’ve lost clumps of wickets like that for not many runs.

“Today, we put too much pressure on our middle to lower order and expect them to go at five, six, seven [an over] when we’ve been going at three and four [in the top order].

“It’s asking quite a lot. The more we can increase our run rate a bit earlier on, then we can be steadier throughout and hopefully put us in a better position.”

White Ferns opener Lauren Down’s breakthrough 90 from 134 balls was the biggest positive after her struggle for runs, beating her combined scores from her first 10 ODIs (75), although a lack of support – but for Satterthwaite’s 32 and Amelia Kerr’s 33 – was telling.

“I had a fantastic conversation with Lauren Down,” Satterthwaite said. “She scored 90 against one of the best teams in the world. There’s so much she can learn from that.”

Satterthwaite praised seamers Rosemary Mair (0-32) and Jess Kerr (1-30) after their opening spells, but Australia recovered comfortably after being 37-2 in the ninth over.

A powerful, unbeaten 79-run partnership from Ellyse Perry (56) and Ashleigh Gardner (53) lifted Australia one step closer towards regaining the Rose Bowl. The White Ferns haven’t held the trophy since 1999.