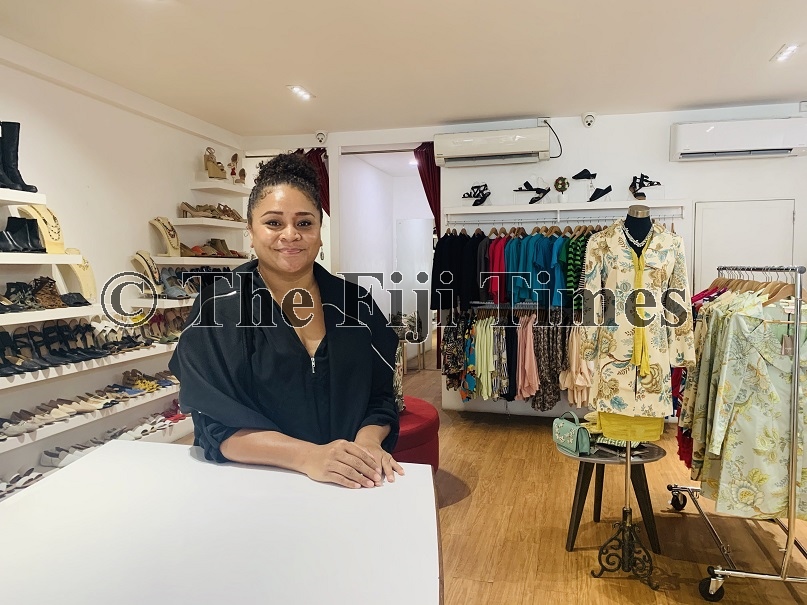 A local fashion outlet is helping designers by providing them a platform to showcase their product.

The director of Shopaholic Fiji, Jacqueline Whippy, is giving designers the space to showcase their collection as a way to help promote small and medium enterprises but to stay creative as well in this difficult time.

“Well actually it was something that I had been pushing the designers from last year but mostly I wanted to concentrate on the emerging designers and I just wanted to encourage them,” she said.

“So emerging designers are like myself, I did one collection and this other new and upcoming designers I just wanted to give them a push and just a platform where they can work from.

“Especially when they don’t have the backing, the capital to do something, it’s unfortunate that we are going through this crisis.

“You know I was encouraging them what are you doing now, if you are not doing anything just try something.

“It may be a risk to invest but it’s better than nothing — better than just sitting down and not doing anything.”

She added this was also to help her business because the traffic supply was disrupted for all the business retail in town.

“Just yesterday I managed to talk to my suppliers for shoes and so that’s great and I wanted to encourage local designers to get on board.”

She said established designers such as Robert Kennedy, Moira Solvalu and Samson Lee, these people had already built a brand for their collection.

However she was open to having them on board for this initiative as well.

She added Michael Musio would be the first collection which featured in her outlet yesterday.

“He’s going to take over the month of June.

“I brought Michael in first because he has got something ready now and all the other guys haven’t really sorted themselves out.”

Ms Whippy said with a lot of misconception as to why local garments were expensive, this was a good opportunity for customers to understand the work which went into producing the collection.

She added there were four local designers on board who would feature their collection at her store for a month each.

According to her the other designers would be interested once they see the collections displayed on the store front which she hoped would become a successful initiative.

For each collection Ms Whippy would take 30 per cent of the sale but it would open the doors for more customer traffic.

“Each designer was said to be bringing in something different, it’s all about business. Right now I don’t have anything coming in.

“I’ve got shoes coming in but the main thing I wanted to do that I had planned since January was that I wanted to incorporate local designers and also build my own collection as well.”

She said once these designers come in they would get promoted on their social media platforms and redirect customers to the local designers.

“With any business you want to keep people excited, curious and interested and inspired.”

She said business had drastically been affected because of COVID-19 as there was a 50 per cent decline in sales.

“Now I am still trying to survive, with this pandemic it’s pushed every business person to think creatively and to keep your wits about you and your own health and sanity.

“So you know everything is a risk now but you got to at least try and so I think this is going to be a very interesting approach,” said Ms Whippy.