Where do we stand 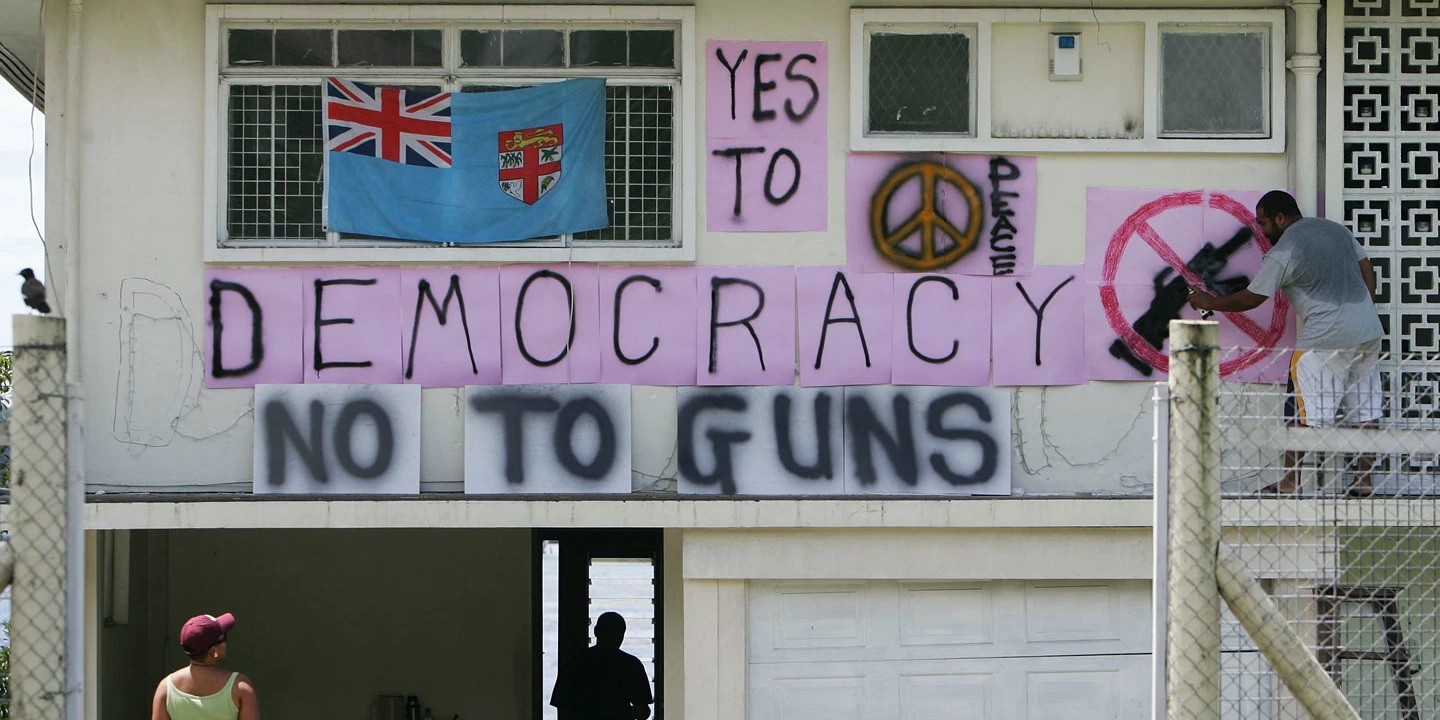 International Day of Democracy is commemorated on September 15. Picture: https://theintercept.com

On September 15 every year, people and governments around the world celebrate International Day of Democracy, a day that commemorates the gravity of placing people in the centre of development and public life.

But this year was slightly different, distinctive in the sense that the unprecedented COVID-19 crisis that befall us has caused social-economic, legal and political challenges hard to block and stall.

As members of the international community we are being reminded by the UN to arrest the crisis by upholding the rule of law.

We are also urged to protect and respect basic principles of legality and the right to access justice, remedies and due process.

“The best response is one that responds proportionately to immediate threats while protecting human rights and the rule of law,” UN Secretary General, Antonio Guterres said.

The UN chief has also called on governments to “respect and protect”, among other rights, “freedom of expression and of the press, freedom of information and freedom of association and assembly”.

Apart from commemoration at international level, at the national and community level, IDD provides us with an opportunity to reflect on the past and consider the state of democracy that we Fijians are in.

We need to ask ourselves- Is this the brand of democracy that we would like to live by and under, Where are we failing? What can we do to fix the problems that have impeded out progress?

Democracy is not only a goal we must aspire towards, it is also a process that we must follow. There is no ideal or perfect democracy but there are universal principles and standards that we must follow to ensure democratic ideals become a culture to be “enjoyed by everyone, everywhere”.

To achieve it we need the effective, voluntary and inclusive participation, of national governing bodies, civil society and individuals.

The values of freedom, respect for human rights and the principle of holding periodic and genuine elections by universal suffrage are essential elements of democracy. In turn, democracy provides the natural environment for the protection and effective realization of human rights.

It is important that we not only understand the international norms that must be present before we can begin to build a genuine, vibrant and sustainable democracy, we must also have the ability to discern and recognise when things are not working the way they are supposed to be.

While knowing about these fundamental principles is vital, equally important is making sure and seeing that they are internalised, institutionalised and practised.

Governance and democracy experts believe that in order to fully appreciate the effects of democracy and democratic governance in people’s lives, there must be a way to measure the degree of democracy in the community, society and the country.

There are no universally agreed set of indicators but all democracies approve that the presence and practice of democracy fundamentals should bear fruits or show certain characteristics.

Simply put, if Fiji truly practises democratic ideals then this will show.

Popular sovereignty is a concept surmising that all legitimate power ultimately resides in the people (not government and not institutions). The consent of the people is therefore necessary before powers of government can be seen as fair, inclusive and just.

Thus, this authority flows from people to our leaders, not from rulers to us. This is why we the people need to be consulted by authorities over policies that will ultimately affect us.

Fiji is democratic if things are decided and implemented for the sake of the common good. This means the promotion of what is good for all the people and not the interests of a portion of the population (eg supporters of the ruling party) at the expense of the rest of society.

Fiji is a strong democracy if there is an empowerment and limitation of government by an enforceable constitution and if authorities uphold the rule of law and that laws they make and decisions they reach are compatible with the spirit of the constitution.

Additionally, the majority must abide by the same laws as the minority and the rights of the minority should be guaranteed in law and should not be taken away or unnecessarily limited by the majority.

Fiji is a genuine democracy if those who lead believe in justice and fairness. Governmental decisions about burdens and benefits should be based on agreed criteria that are not partial to specific groups.

These decisions must be the result of procedures and processes that reflect “fair play” or “fundamental fairness.”

Fiji is truly democratic if every Fijian enjoys his or her political rights. This means citizens must possess the space to exert influence on government and hold it accountable.

They must also enjoy freedom of speech and of the press, the right to association, assembly, demonstration, and petition and the right to vote for a representative in the legislature in open, free, fair and regular elections.

If Fiji is to be considered a democracy then we must have an independent judiciary. Our judicial system should make decisions on an impartial basis in accordance with the law as its supreme criterion for judgment.

As such, the judicial system must operate independently of any other agency of government or corrupting influence.

A democratic Fiji is one that is secular over religious authority. Government must be neutral on matters of religious belief and must not impose any religious belief of practice on us. Furthermore, government’s activities and decisions should be based on evidence unbiased by religious influence.

Fiji is democratic if it allows fair political competition. That means different political parties and groups should be able to compete for power on a level playing field. They must also influence society without being forced to “shut up” or denied their right to express themselves freely.

Fiji is democratic if a family or group is disallowed from having an undue and enduring monopoly on power or over economic opportunities.

There should be healthy alternative sources of information and mediums for the expression of interests and ideas in society and people should not fear expressing themselves responsibly or seeking information.

Fiji citizens must be secure under a rule of law and should be free from terror, torture, harassment by authorities, and arbitrary or unjustified detention.

The government must ensure that rights and freedoms are protected to allow citizens to participate in Fiji’s democratic, decision-making and development processes, both at local and community levels.

I will end with a quote by George Bernard Shaw, who said: “Democracy is a device that ensures we shall be governed no better than we deserve.”

Until we meet on this page the same time next week, stay blessed! stay healthy and stay safe.