Where are we headed 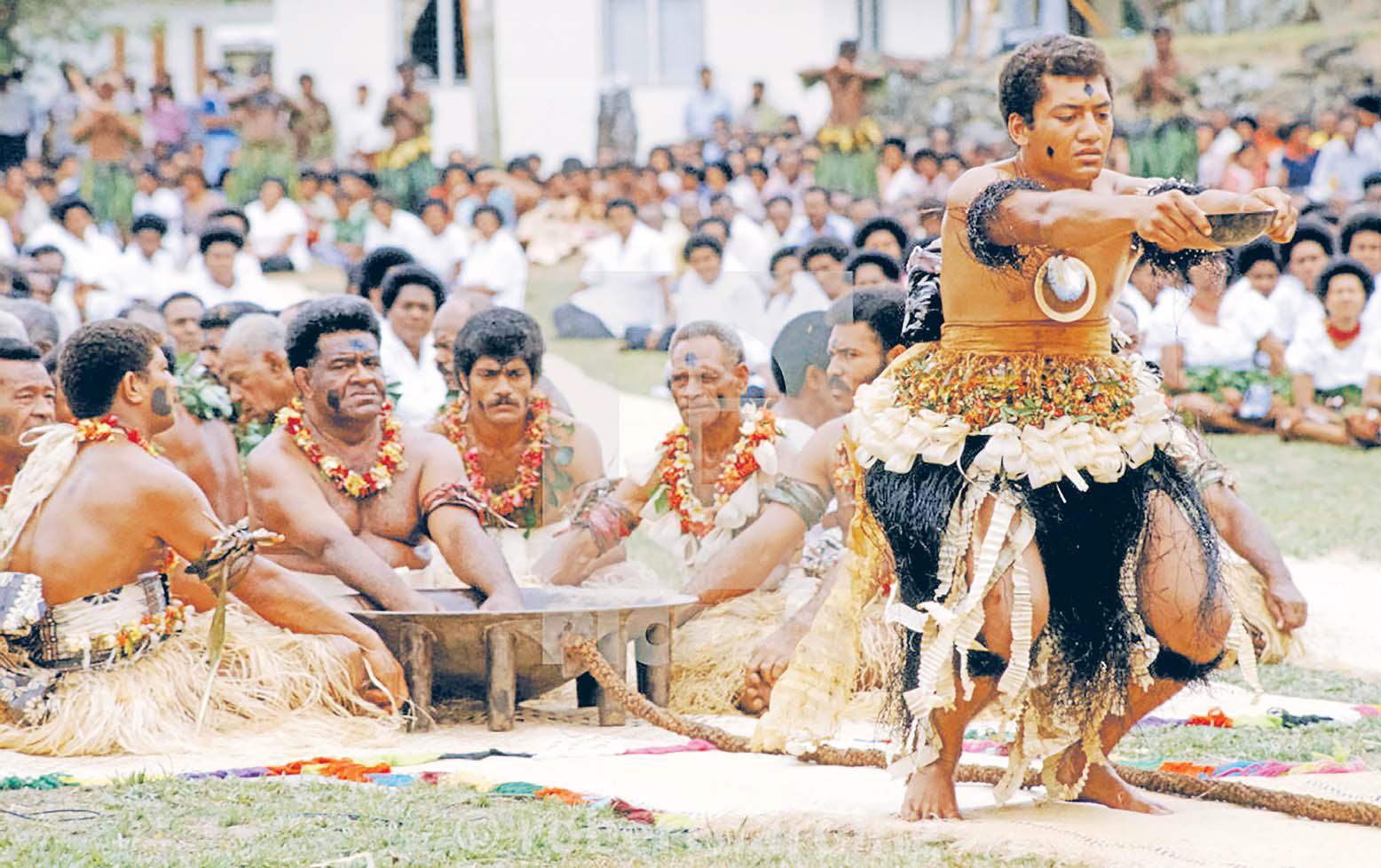 The traditional kava ceremony which is usually performed to chiefs. Picture: SUPPLIED

JUST the other day I was at a funeral and while standing outside with a few young men a group arrived for their traditional presentation of reguregu to the family.

Their conversation was overheard with one young men saying, “qori solia ga yani vei ratou na qase me ratou cakava,” (just give it to the older men to do it/to present it.)

This is not something new, as quite often the older generation are left to present the yaqona or the tabua in a traditional ceremony.

Quite often most young men will crowd the lovo area or be in the “engine room” of the shed while all traditional presentations are left for the older men in the family or in the village.

Not that I am saying that is bad, but it is always good to distribute the chores, right.

I write this not that I am boasting nor trying to belittle any other person, but the fact I was blessed to be taught at a very young age the basics of traditional presentation by one of the great teachers, my father who only reached primary school.

Over the years I have met iTaukei men over 60 years old who do not know how to present what is deemed the easiest and the most basic of all the isevusevu.

In some cases it has been seen as a laughing matter, and people often joke about it. It begs the question, are we, the iTaukei proud of who we are?

Does our culture, tradition and custom mean anything to us?

If we do not know, where else or who else will teach the future generation?

Whose duty is it?

Close your eyes and imagine your vanua, imagine Fiji 20 to 30 years from now?

The iTaukei Trust Fund Board through the Ministry of iTaukei Affairs last year started the Traditional Leadership Curriculum workshop, it is only fair to say that everyone should pitch in to help resurrect what is seen as a drowning identity.

In this fast changing world, there have been many changes, both positive and negative changes, the iTaukei are challenged to save their identity.

Last week for the first time I visited Leleuvia Island Resort (an island on Bau waters which belongs to the Cakobau family, and leased by Pacific Building Solutions).

Just as the boat sailed across the chiefly island of Bau, everyone was asked to take off their cap, as a mark of respect.

Special recognition must be given to resort manager Colin Philp for the initiatives in the show of respect and maintaining our identity.

In a few trips to a few hotels and resorts around the country, it is evident how locals give tourists the privilege of wearing and doing things that are often not allowed by other locals or the natives.

Things like wearing a cap or hat in an iTaukei village setting which is very disrespectful and for women wearing shorts and pants which is a big no in many if not all villages in the country.

Why are they allowed, and we are not? Some might say because they are not from here nor do they know our cultural identity.

On the other hand I take my hat off for those locals that remind tourists of the dos and don’ts when going on village tours.

“We shouldn’t let tourism change our cultural heritage, that we are different and we have our own way of doing things and I think what has happened in arts, has also happened in the Entertainment industry.

We should be proud of who we are. We don’t design things trying to please others and losing its true essence.

“Here at Leleuvia we try to be true to our identity,” said Mr Philp.

“Development is not bad but sometimes it has diluted our identity. In this part of our country, we should be careful, we have the privilege of
learning from mistakes by other hotel operators.

From this side onwards the Lomaiviti, Bua, Macuata, Cakaudrove we take great concern and care of our resources and our cultural identity in as far as the tourism industry is concerned.

“There is only one Fiji in the world, we are headed on a path where we are going to be the same as “any other culture in the world, where tourism is only about white sandy beaches and crystal clear waters. We want to keep and maintain our identity that we have, and this is what Fiji is all about, it’s how we play rugby, it’s how we greet people, and we don’t want to change that.

“If we lose our identity, we could lose the tourism industry, or the tourism industry will all be about price and that’s what Fiji is becoming. We are becoming price driven. We are competing with the rest of the Pacific, not only about our uniqueness.

“Last year I went to Samoa, and I have not been there in a while and I saw the change in Samoa, they are so proud of who they are, their identity and really notice the difference and tourist there feel special. White sandy beaches and crystal clear water we get anywhere else in the world, but here it’s the people and all the studies have shown that guest keep coming back because of the people, because of who we are and we can only be who we are if we totally embrace ourselves in our culture and heritage,” said Mr Philp.