When Suva had only eight cars 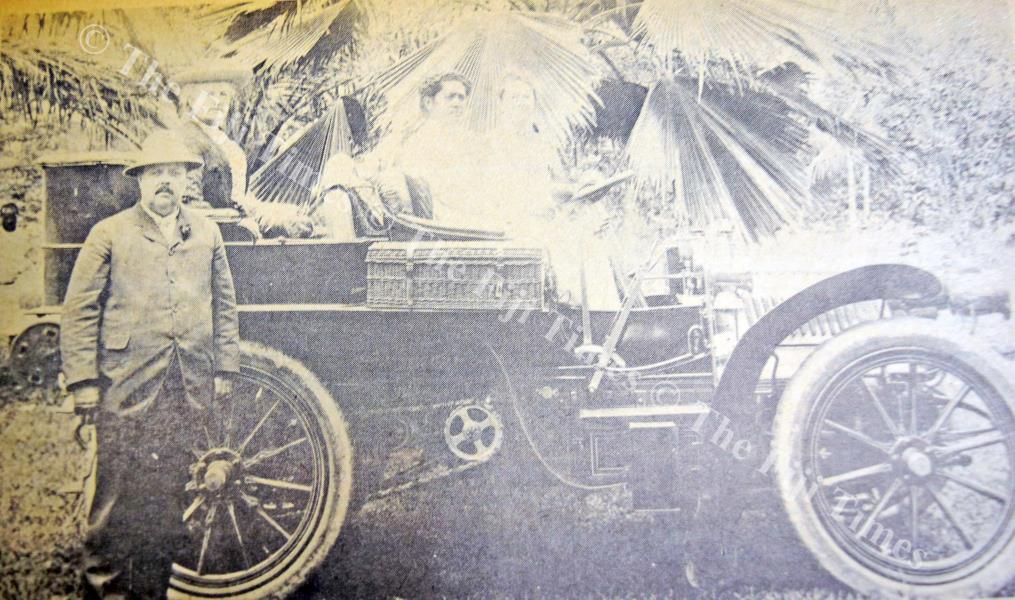 Adi Cakobau, mother of Ratu Edward Cakobau, at the wheel of the first car to come to Fiji. Mr and Mrs Charles Glidden were travelling with it around the world and were in Suva in 1905. Picture: FT FILE

IN A paper read at the Imperial Motor Transport Conference in London in 1914, Fiji historian AB Brewster said: “When I left Fiji three years ago there were no land motors.

“We had two transitory visits of cars, one that was kept for a while by a resident and the other owned by a well-known motorist, Mr CJ Glidden in a ‘Napier’.

“He was making a motor tour round the world and had crossed Canada in his car by using the rails on the CPR. He passed through Fiji on his way to Australia and broke his journey at Suva, the island capital, and his motor dashing about the roads was a nine days’ wonder to the natives.

Things have changed since then, and in my letter of appointment as representative of the Colony of Fiji dated the 12th May last, from the Colonial Secretary, the following paragraph occurs:

“It will also be of interest to you to know that there are now at least eight motor cars in use in Suva, by private persons and by livery stables. Messers Marks and Company have recently imported two large cars between Suva and the Rewa River and during the last week Messrs Sturt, Oglivie and Company have imported a motor delivery van.

“All our cars with the exception of one are of American manufacture, the Hupmobile car and the Ford Car. In addition to this I am informed by private letters that motors now are in great vogue among the natives, who on their visits to Suva pay quite large sums for the use of the taxis plying in the streets of the town. Parties of them charter these vehicles, which carry five and pay a shilling each just for a run from the General Post Office to the cricket ground (Albert Park today) a distance of only three quarters of a mile.”