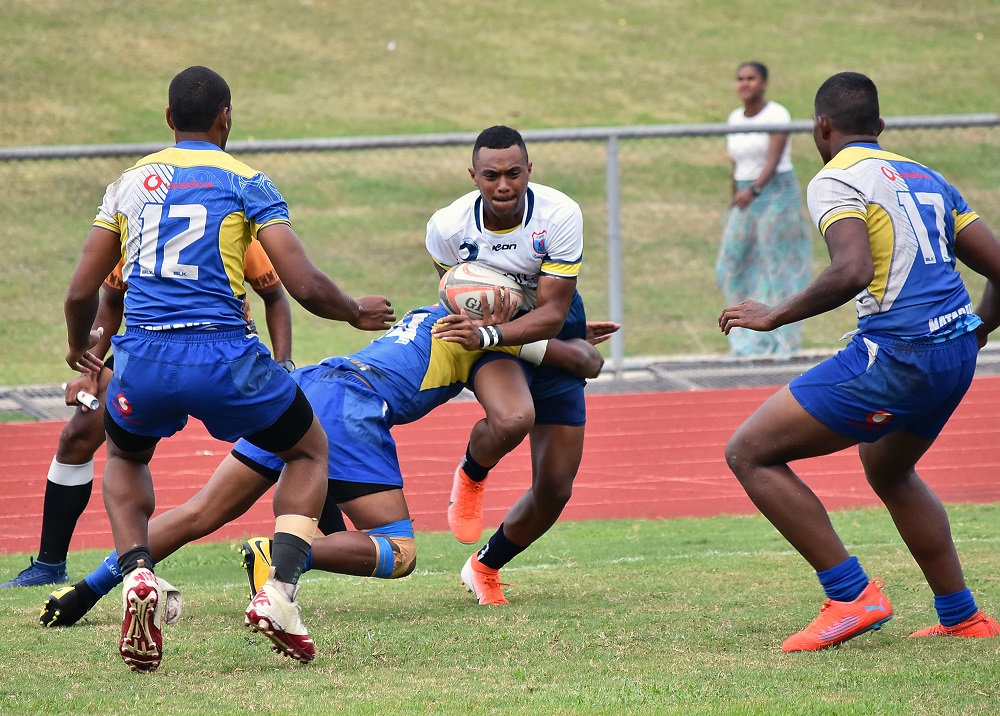 LOCKED at 24-all, the clock ticking to the last-minutes of sudden death, the winner of the Western Zone under-15 grade was going to be decided through the boot of Natabua High School’s fly half, Meli Tuvusa.

And much to the disappointment of the supporters of Ratu Navula College, Tuvusa made it count when it mattered.

It was an intense encounter which saw leaders changing throughout the game and ending full time at 24 all.

While both teams had qualified for the Vodafone Super Deans quarter-final next week, the battle was for the Western title which would also determine who they will play next week.

Natabua High School coach Raikiwasa Loanakadavu said that while it was a tough game, they still needed to work on a few areas of their game.

He pointed out that the team needed to improve its rucks and clean outs and more importantly its discipline after two players were sent off minutes from each other in the second half.

Ratu Navula coach Uraia Bulamairewa said his side played boys well and the extra time proved that the game was strong.

“We came here to do our best and we did and I thank the boys f or their performance today.”