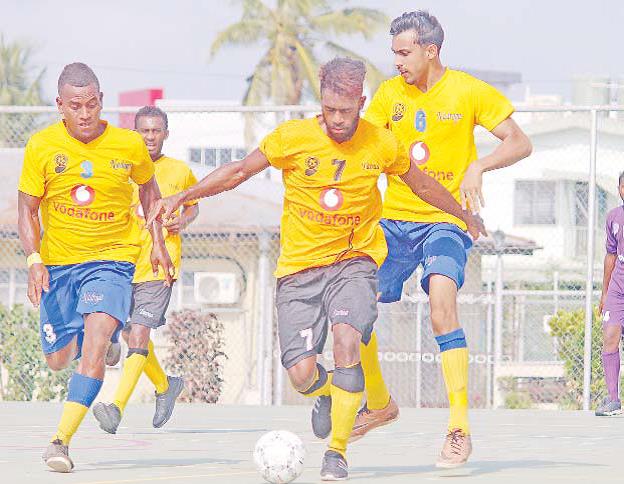 THE three teams from the Western Division have been finalised for 2018 Vodafone Futsal Inter District Championship to be played at the University of the South Pacific multipurpose courts in Suva from December 13-16.

This is after the Fiji Football Association revived the abbreviated competition in the Western Division after a long time.

“The eight teams participating in the 2018 Vodafone Futsal IDC will be made up of four clubs from the Central League, three from the Western League and one from the northern competition,” Pal said.

“The ratio of the teams participating in the IDC was determined by taking into consideration the participation level at each zone. The Vodafone sponsored Futsal League is being played in all three zones which is the Central, Western and Northern.”

Pal said they plan to expand the game in the Western Division next year.

“Ba and Lautoka did not participate in the Western Futsal competition because of certain circumstances,” he said.

“Nadi has the services of former national rep Mohammed Shalmeen and football stars like Ratu Josefata Dugucagi and William Valentine.

“The Jetset side finished at the top of the Vodafone Western Futsal League 2018 after attaining maximum points.

The Northern Futsal League will be played on December 8 at the Fiji Sugar Corporation Futsal Courts in Labasa.