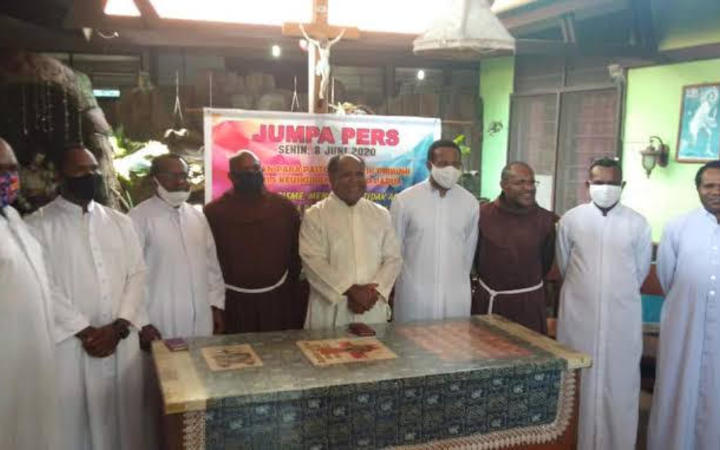 Catholic priests in West Papua have appealed for reconciliation and dialogue to address ongoing armed violence in their region.

A statement has been issued by 147 priests from across the Indonesian-administered provinces of West Papua and Papua.

The priests acknowledge an increase in conflict following a massacre of 18 Indonesian road construction workers by the West Papua Liberation Army in Nduga two years ago.

The priests said their appeal was firstly directed at Indonesia’s police and military and also the pro-independence West Papua guerilla fighters, pleading with them to cease hostilities.

Secondly, they have asked Indonesia’s President Joko Widodo and his government to withdraw all non-essential forces from Papua.

But it is their most desperate call yet, pointing out that military intervention only exacerbates tensions.

Indonesia’s military has engaged in a series of deadly skirmishes with elements of the West Papua Liberation Army in regencies including Puncak Jaya and Intan Jaya this year.

The Catholic priests said a military approach would never solve the problems of Papua.

“We ask that both parties, who are dignified Human Beings, immediately cease armed violence and open the door to dialogue in dignified dialogue that can be mediated by the State or Neutral and independent Groups.”

The priests offered to play a role in facilitating dialogue that could begin to address the long-running conflict in West Papua.

“This dialogue is not intended to seek out who is wrong and who is right, but rather to find the real truths that lead all parties to justice and peace in life,” the priests said.

Their statement also called for Indonesian policy makers to consider the devastating impact on indigenous Papuans from unfettered migration to their homeland by people from other parts of Indonesia.

They said West Papua should not be considered as vacant land to be filled up, warning of an increasingly strained relationship between migrants and the region’s indigenous Melanesians if transmigration was not controlled.