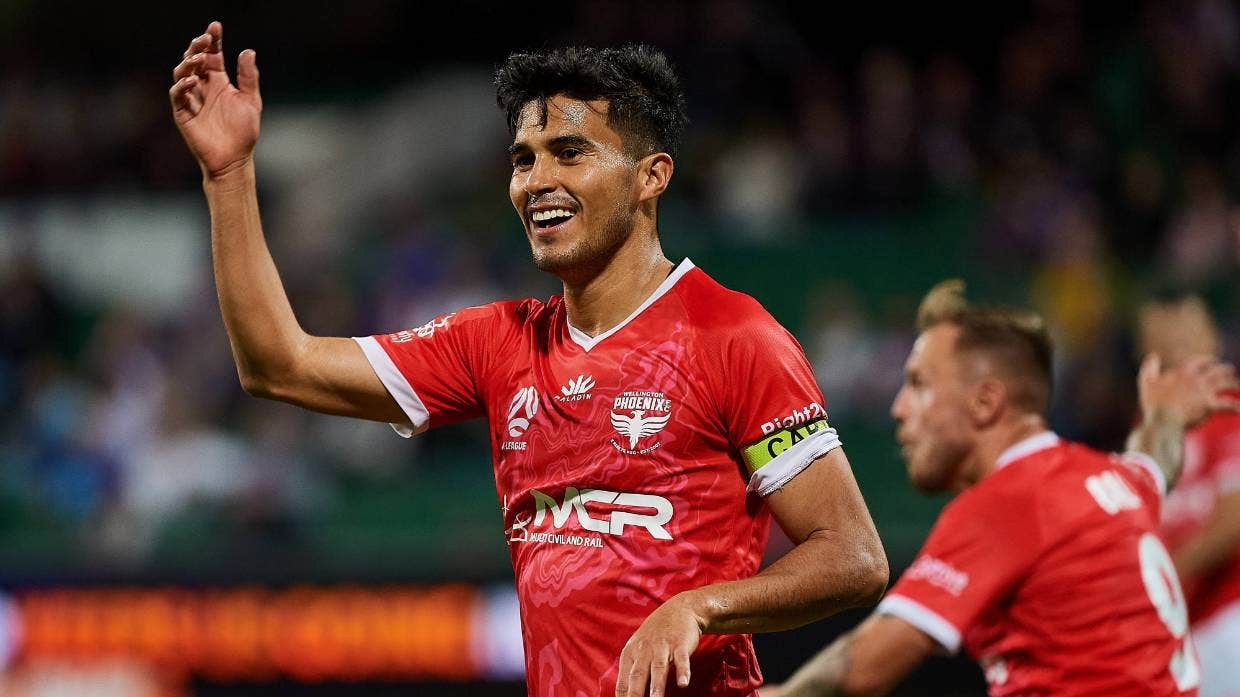 Wellington Phoenix will be without captain Ulises Davila for Sunday’s clash against A-League leaders Melbourne City – and potentially the rest of the regular season – hindering their chances of pulling off a much-needed upset.

The star Mexican import and team’s leading scorer with seven goals injured his hamstring in last week’s 0-0 draw with Adelaide United – the Phoenix’s successive second game without a goal.

Davila has subsequently been ruled out of Sunday’s trip to AAMI Park and is likely to miss the Phoenix’s long-awaited homecoming game against Western United next weekend as well.

“He’s got a slight strain in his hamstring. He won’t be playing this weekend, that’s for sure,” Phoenix coach Ufuk Talay said.

Grade one hamstring strains can typically take between three and eight weeks to heal but Talay said the Phoenix were doing everything they can to get Davila back before the end of the season.