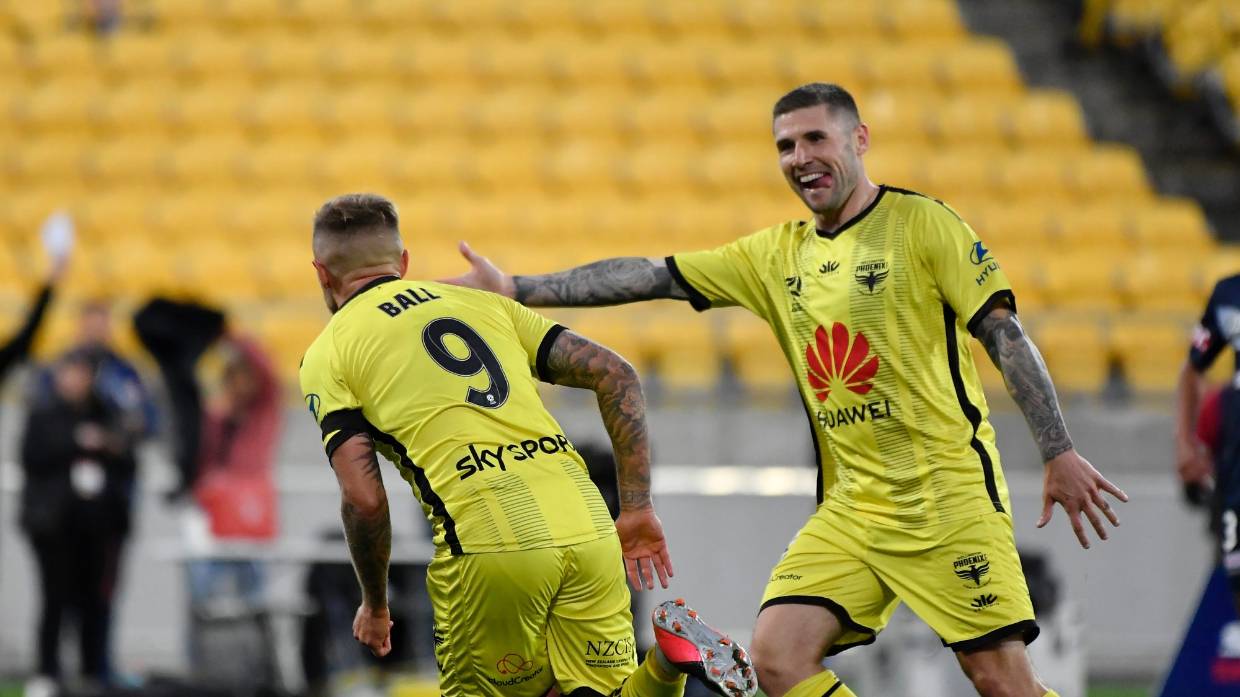 Israeli striker Tomer Hemed wrote his name into the record books by becoming the first player in club history to score in five consecutive games as Wellington Phoenix ended their season on a winning note.

Goals on either side of halftime from David Ball and Hemed, and a late strike from substitute Ben Waine, clinched a comprehensive 3-0 win over 10-man Macarthur at Campbelltown Stadium on Friday night.

The win extended the Phoenix’s club record unbeaten streak to 11 games and saw Ufuk Talay’s team end a unique and challenging season, the majority of which they spent based in Australia, in seventh place.

They finished one point off Adelaide United, who secured the final spot in the top-six with a 2-2 draw against Western Sydney Wanderers, but showed they could have been a real threat in the finals series.

“Knowing tonight’s game and getting three points that we weren’t going to make the top six by one point, it’s disappointing, but it was a very good performance from the players, a very professional performance,” Talay said.

“The worst thing in football is to rely on other results, we had the opportunity to do it ourselves and put ourselves in that position to make the top six, so like I said it’s disappointing and there’s been a lot of learnings from last year.

“That’s 11 games now that we’ve been unbeaten, so I’m disappointed at the end of the day but earlier in the season is what has hurt us the most.”

The Phoenix caused plenty of problems against a team that was already assured a place in the top six with attacking midfielders Ulises Davila and Reno Piscopo having a field day against a weakened Macarthur, who used the dead rubber fixture to rest some of their frontline players ahead of the playoffs.