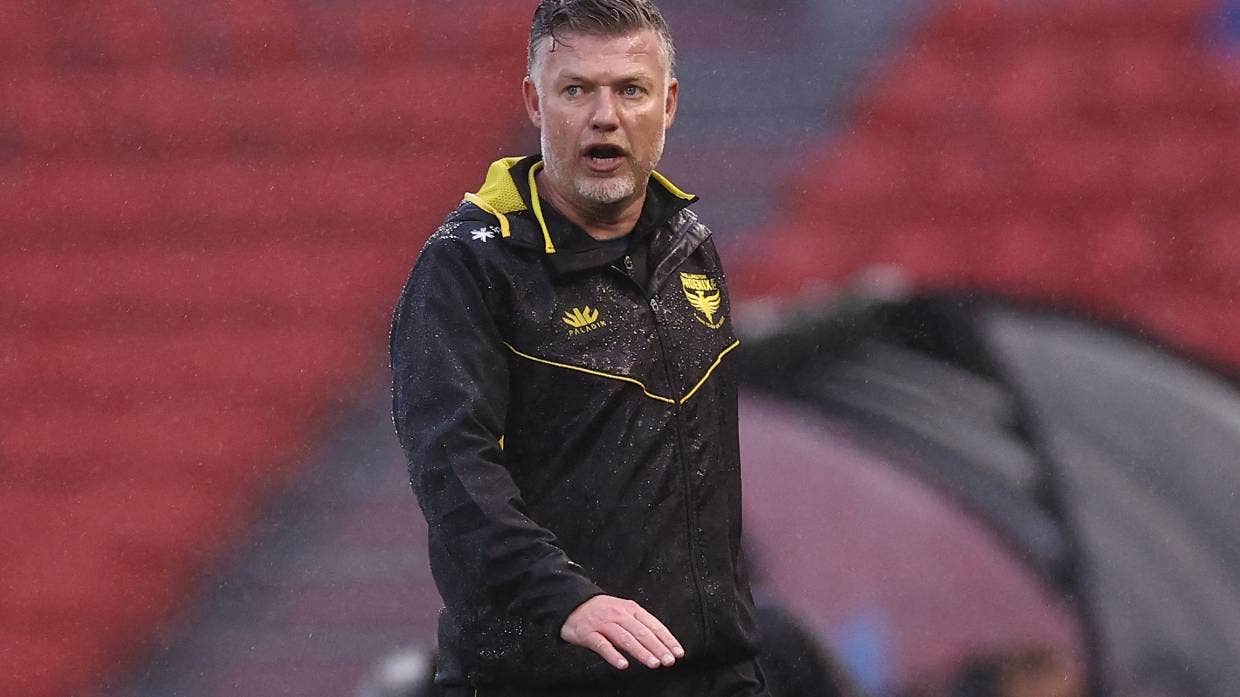 Reinforcements are on the way for the Wellington Phoenix men as they return to their home away from home in Wollongong.

Coach Ufuk Talay said ahead of Saturday’s clash with the Central Coast Mariners at WIN Stadium he was hoping to announce the loan signing of an attacking midfielder within the next fortnight.

That player is set to be unavailable until the next transfer window opens on January 14, by which point the Phoenix will have played 10 A-League Men matches.

But by getting the business done well in advance – and by making a loan signing – Talay hopes his new recruit will be able to hit the ground running.

He had previously indicated he was looking to add two visa players in January, one at the back, where Steven Taylor’s shock departure in August has left a hole, and one at the attacking end of the pitch, where the Phoenix are yet to properly replace Ulises Dávila.

“[Things are] very advanced with one of them at the moment. Hopefully in the next week or maybe 10 days, we’ll get that out there to you guys who that is and when they’ll be coming in,” Talay said on Friday.

“That one is very advanced at the moment. The other one we’re still finding who the right player is.”

Talay confirmed that the signing they were close to announcing was a No 10 to replace Dávila, but declined to offer up any more clues as to where the player would be coming from.

He did elaborate on why the Phoenix were now pursuing loan deals instead of permanent signings, and said it wasn’t down to budgetary concerns.

“For me, the option of loaning is a better option, and at the same time, the way I look at it, we’ve got a young squad this year, but we’re also looking at what these young players are going to give us for the season after and what we need to build around them. Bringing in a loan player doesn’t lock us in, where if we had to sign a free agent, they are always going to want an 18-month contract.”

​The Phoenix will be hoping they are still in the top six hunt by the time any new signings are available in January, and they can make that a reality by extending their current unbeaten streak as long as possible, starting on Saturday against the Mariners.

They finished last season by going 11 matches without a loss and began the new season with a 1-1 draw away to Macarthur FC last Sunday, where Gary Hooper’s first half penalty was cancelled out by a goal from Lachlan Rose at a set piece on the hour mark.

Fullback Louis Fenton is set to be available for selection against the Mariners, after making a faster-than-anticipated return from a knee injury.