Welcoming move: Rabele eyes Naiqama to lead side at RLWC 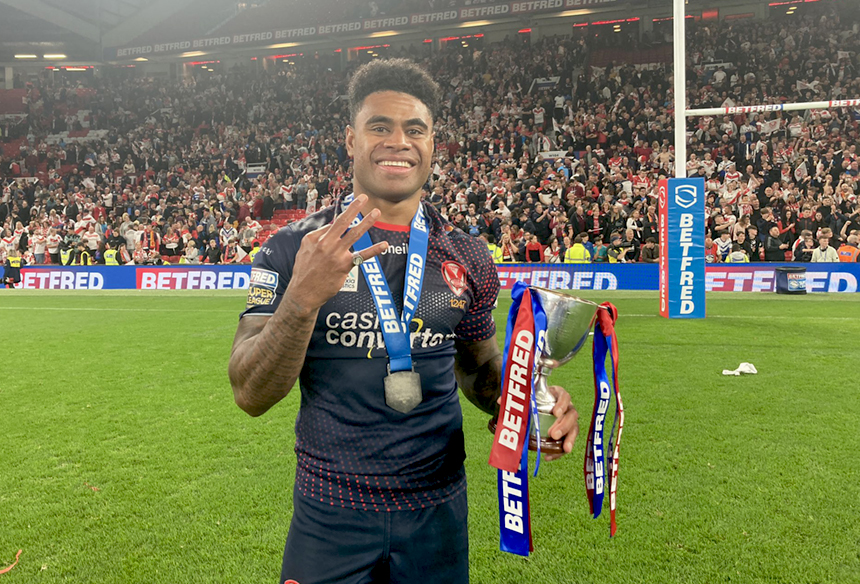 Kevin Naiqama, in his swansong, led his St Helens club to a 12-10 win over Catalans in the Super League grand final at Old Trafford on Sunday, 10th October, 2021. Picture: ST HELENS RFC

Vodafone Fiji Bati coach Jo Rabele said Kevin Naiqama’s move to sign on with the Sydney Roosters had fitted win well with his intent to have the veteran lead in the team to next year’s Rugby League World Cup in England.

“I thought it would have been a big loss to the nation, to have a player of his calibre hang up the boots,” Rabele said.

“Now with the news of him continuing another year, I am happy especially with the intent in having him lead the Fiji Bati again to the Rugby League World Cup.”

Rabele said Naiqama’s experience and presence alone elevated other players in the team.

“He brings out the best in the team, and knows how to get the team working.

“I am looking forward to see him lead our boys again to next year’s world cup.”

Rabele added regardless of what the final choice would be for Naiqama he would always respect his decision.