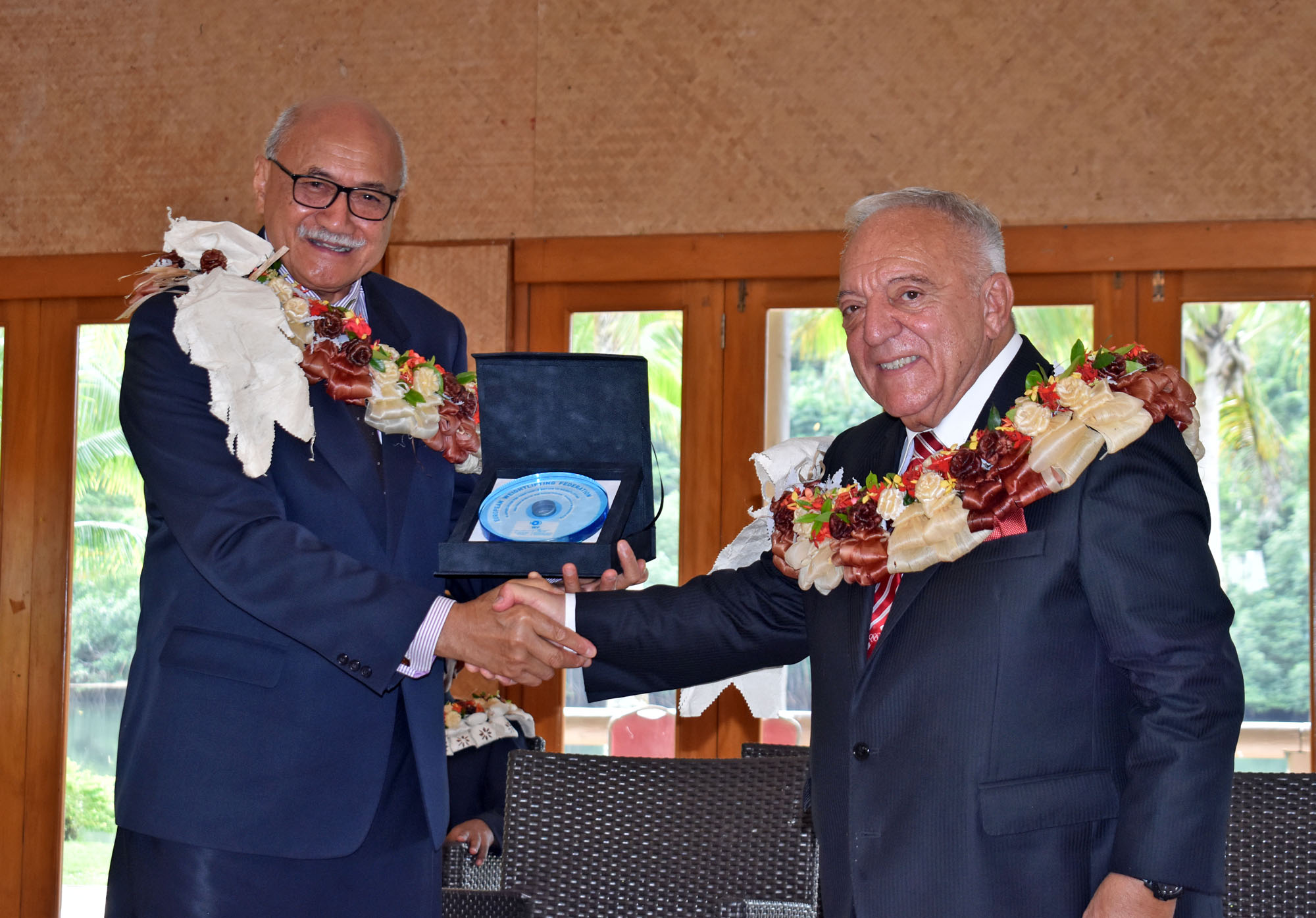 INTERNATIONAL Weightlifting Federation president Tamas Ajan has thanked Governament for hosting the 2019 IWF Junior Championship. Tamas said this was a first for an Oceania country to host a world weightlifting championship.

“The Oceania is a large continent and we are grateful to Fiji for hosting the championship,” Tamas said.

“This will stimulate many youngsters to practise weightlifting which is one of the oldest and greatest sports.

“Fiji is the pearl of the Oceania countries. Beside the competition we hope to improve the popularity of the sport and also keep the relationship.”

Fiji’s President Jioji Konrote thanked IWF for choosing Fiji as the host of the championship.

“It is a great honour and pleasure for me to welcome you all to Fiji to attend the executive board meeting of your International Weightlifting Federation prior to the official opening ceremony of this championship,” Konrote said.

“The one thing we all have in common that strongly binds us as people and nation is our interest in sports and the passion we have in following our national teams.

“Whether they compete locally or overseas in international sporting events, when it comes to sports and on this occasion weightlifting. Fiji always pride itself as a small country with a relatively small population base but, is capable of punching well above its weight.

“Fiji aspires to become a regional training centre for sports and we are also preparing to bid to host a future Pacific Games which will make it the fourth time we have hosted this Continental Games since the first games were launched in Fiji in 1963.”

“The decision to host this year’s International Weightlifting Federation Championship in the Vodafone Arena would not to be so, for sadly, the renovations of the facility will not be completed until after the World Youth Championship.

“This has caused some logistical problems and on behalf of Fiji sports, I sincerely apologise for the resultant outcome which necessitates the hosting of this event in a smaller facility.

“Nevertheless, we will work hard with our colleagues and friends from the weightlifting fraternity to provide the best conditions for the athletes attending this event to enable them to perform at their best.”