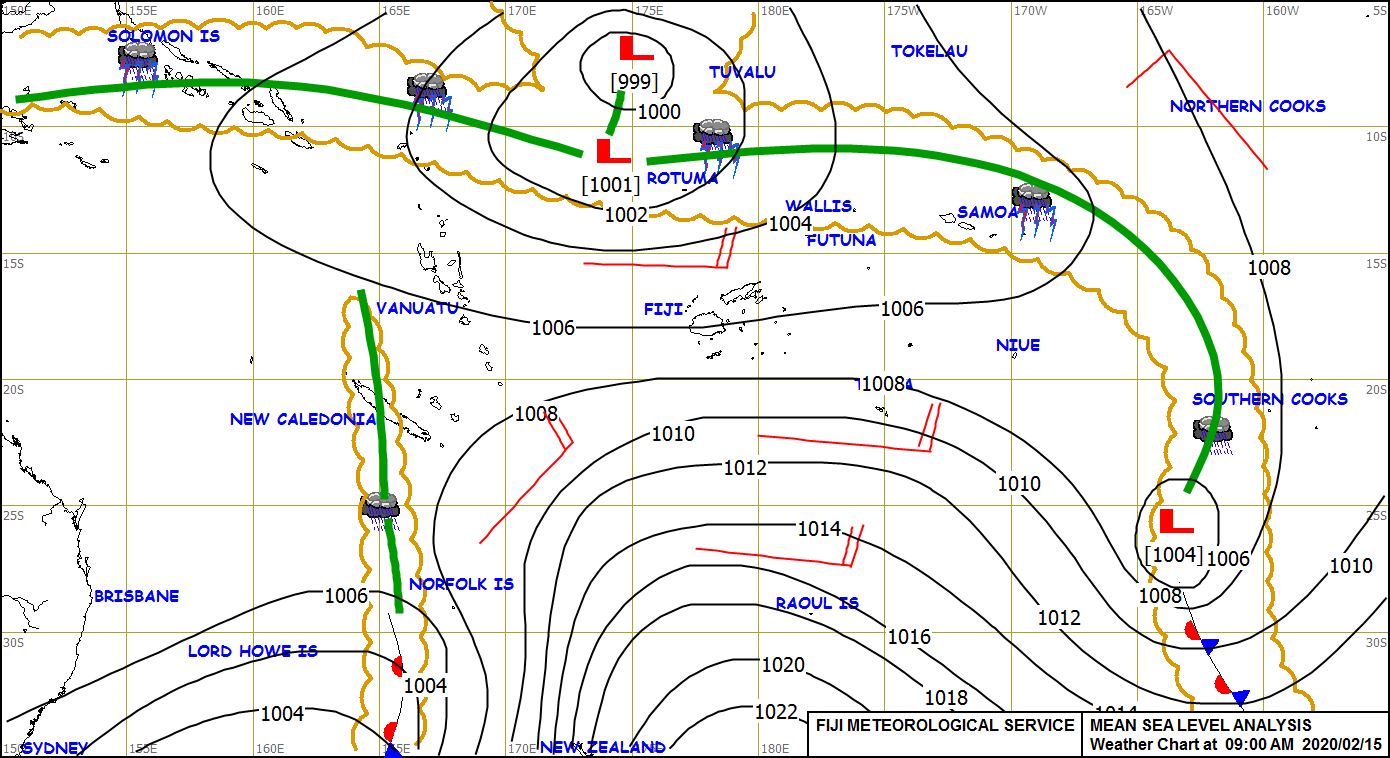 A STRONG wind warning remains in force for the land areas of Southern Lau group.

The weather bulletin issued from the National Weather Forecasting Centre in Nadi this morning says a trough of low pressure with associated cloud and showers remains over the northeastern parts of Fiji.

It is expected to affect parts of the group till later today.

The forecast to midnight tomorrow for the Fiji group expect easterly winds with average speed of 45km/hr and  rough seas for the Southern Lau group.

Occasional showers, heavy at times and few thunderstorms over Vanua Levu, Taveuni and nearby smaller islands and Lau group.

Cloudy periods with some showers and possible thunderstorms over the eastern parts and interior of the other larger islands and Lomaiviti group.

Elsewhere, showers especially in the afternoon or evening showers and isolated thunderstorms possible.

For mariners moderate to fresh east to southeast winds, gusty at times with moderate to rough seas.

The outlook for Monday, cloudy periods with some showers over the eastern parts and the interior of the larger islands.

Fine apart from afternoon and evening showers and isolated thunderstorms.