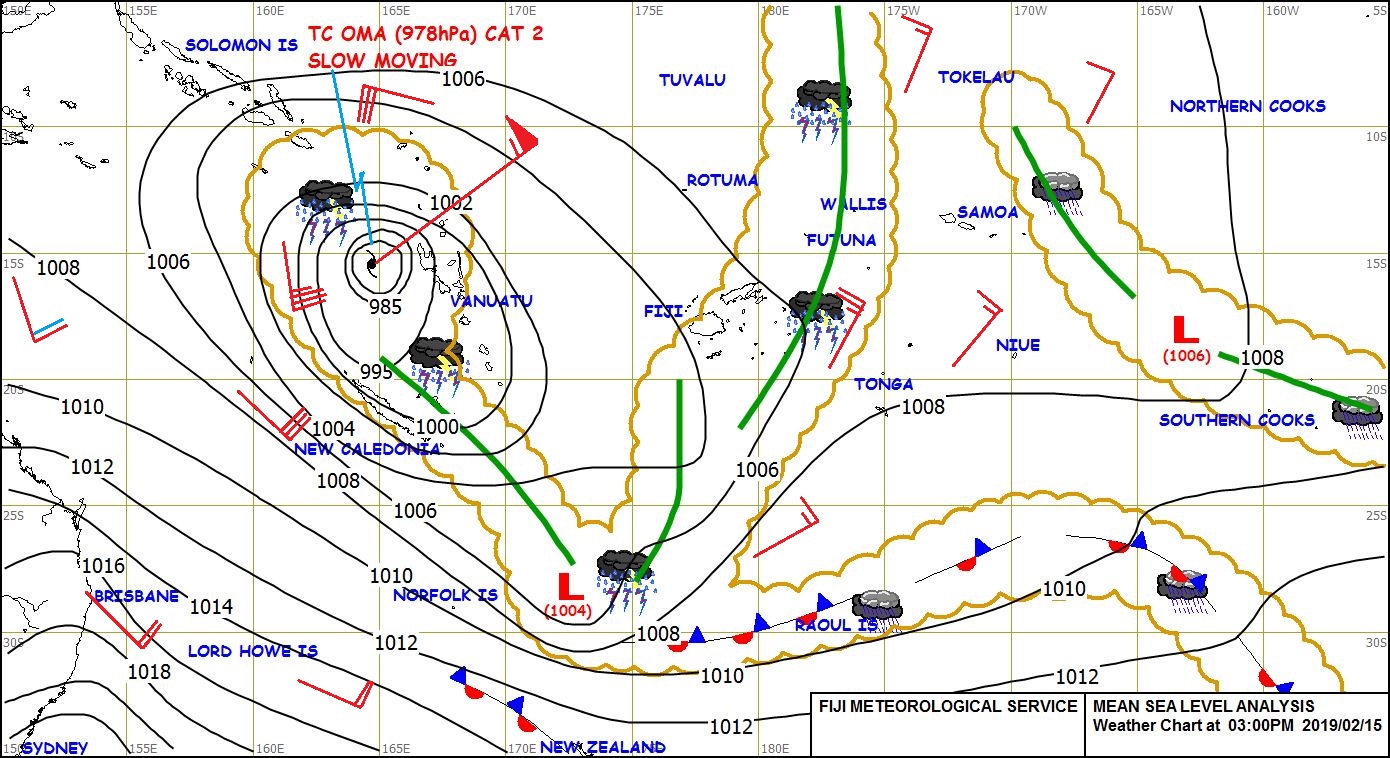 A STRONG wind warning remains in force for land areas of Lau and Lomaiviti group.

The weather bulletin issued from the National Weather Forecasting Centre in Nadi this afternoon says that there is also a heavy rain warning remains in force for the Fiji group.

A heavy rain alert remains in force for the rest of Fiji.

A trough of low pressure lies slow moving over Fiji with associated cloud and rain affecting the group.

Expect strong winds coinciding with moderate to heavy swells of 2.5 to 3.5 metres over Fiji waters and high tide expected to be more than two metres near the coast pose a risk of coastal inundation of low lying coastal areas.

The forecast to midnight tomorrow for the Fiji group expect strong north to northwest winds with an average speed of 55km/hr gusting to 70km/hr with rough to very rough seas over Lau and Lomaiviti group.

Occasional rain, heavy at times and isolated thunderstorms with heavy falls over most places.