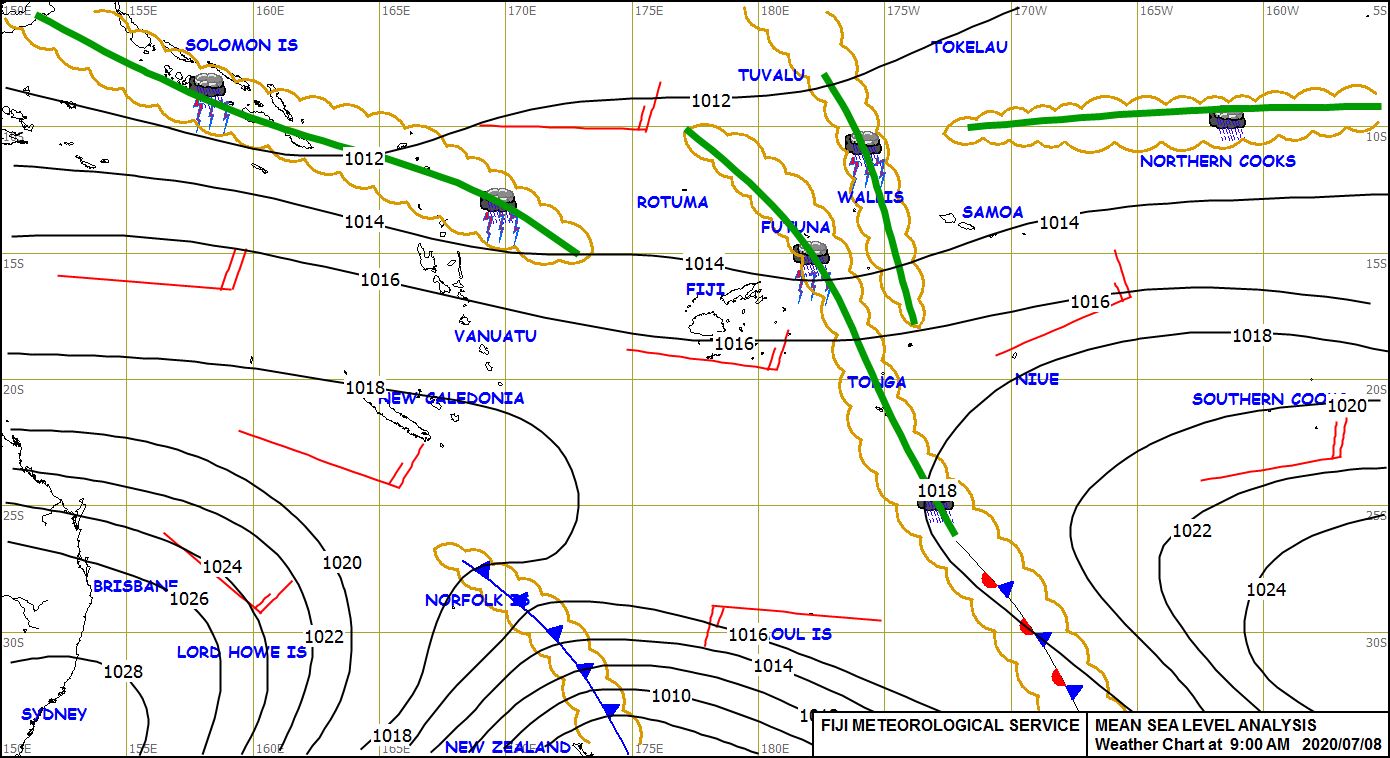 The weather map provided for today by the forecasting centre in Nadi. Picture: SUPPLIED

A trough of low pressure remains slow moving to the west of Fiji.

The weather forecasting centre in Nadi has noted a situation of associated cloud and showers to affect the northern and eastern parts of the group.

It advised that showers are expected to gradually affect the rest of the group from later today.

The forecast to midnight tomorrow for the Fiji group, occasional showers and few thunderstorms over Vanua Levu, Taveuni and the Northern Lau group.

Cloudy with some showers and possible thunderstorms over the eastern parts and the interior of the other larger islands, Lomaiviti and Southern Lau groups.

The weatherman has forecast cloudy periods with brief showers elsewhere, and showers to become frequent from later today.