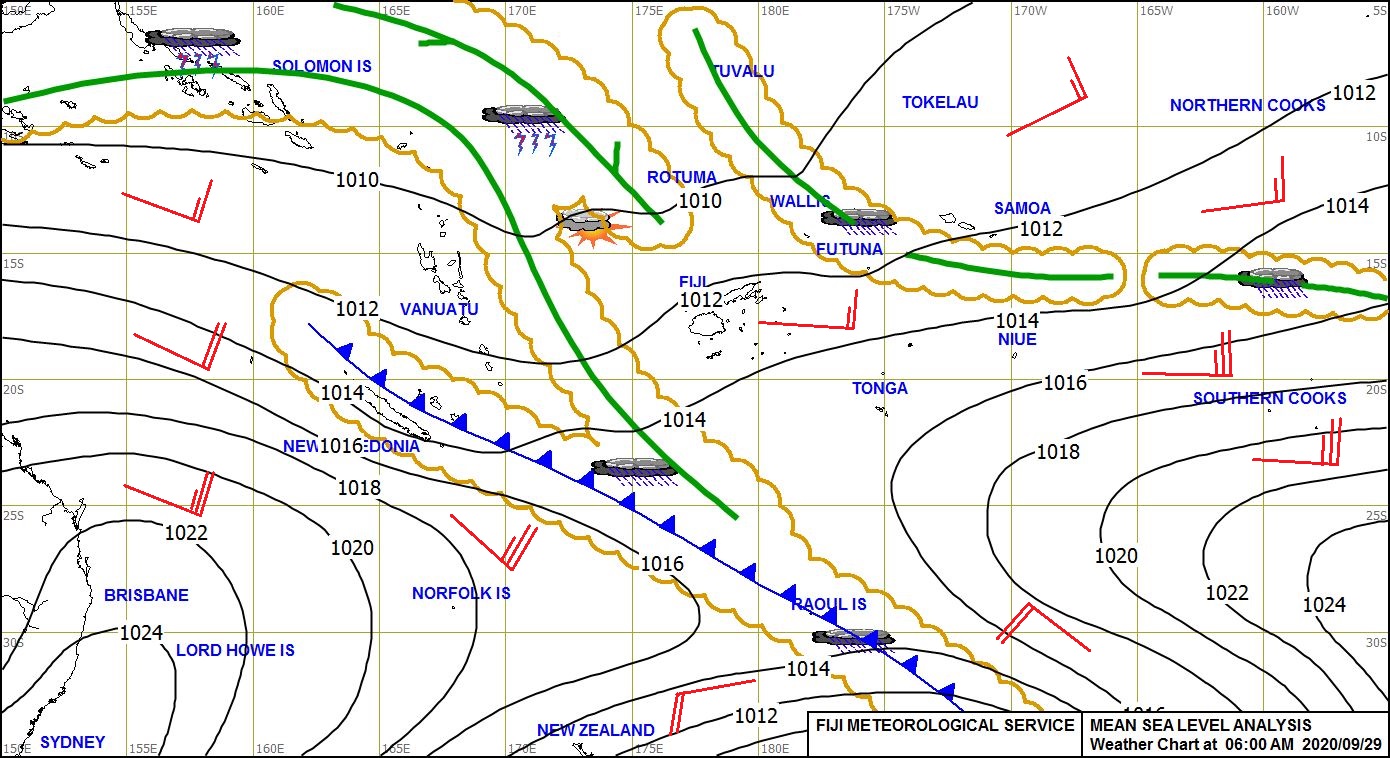 The weather map provided for today by the weather office in Nadi. Image: SUPPLIED

Keep those umbrellas and raincoats handy today as the weatherman has forecast rain for later today.

The national weather forecasting centre in Nadi says a trough of low pressure remains slow moving just to the west of Fiji, and associated cloud and rain are expected to affect the country from later today.

The forecast to midnight tonight for the Fiji group, occasional showers over the eastern and interior parts of the larger islands, with isolated heavy falls.

Elsewhere, cloudy periods with afternoon or evening showers and thunderstorms.

The met office also says that rain developing from the west later today and will spread to the rest of the group.

The outlook for Wednesday, occasional rain and few thunderstorms over most places.