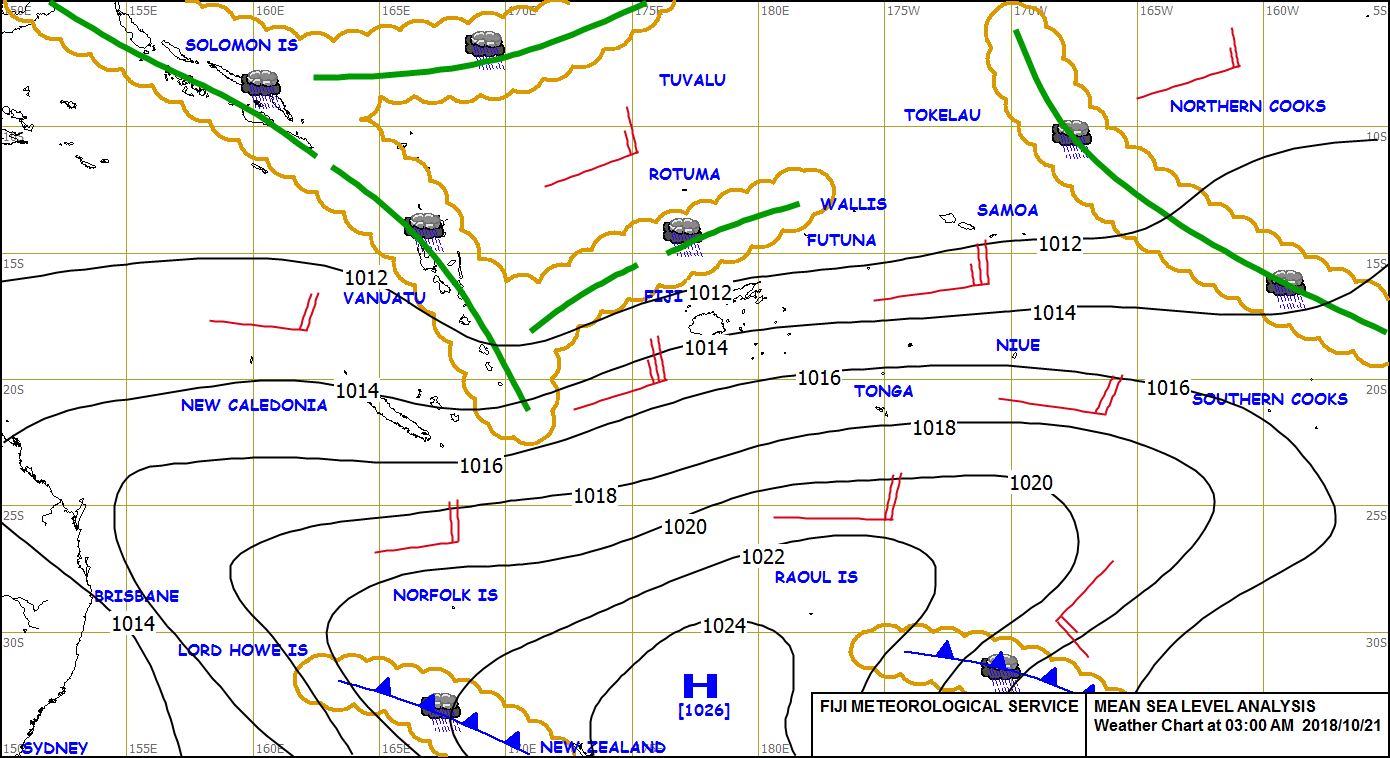 A trough of low pressure remains just to the north of Vanu Levu, and is expected to gradually drift South and affect the country again from Monday. Picture: SUPPLIED

MEMBERS of the public have been advised to remain vigilant as a heavy rain alert remains in force for Vanua Levu, Taveuni and nearby smaller islands, Lau and Lomaiviti Group, Yasawa and the eastern half of Viti Levu.

According to the Fiji Meteorological Service (FMS), a trough of low pressure lies to the north of Vanua Levu and expected to gradually drift Southwards.

Cloud and showers associated with the trough are affecting the country.

Meanwhile, another trough of low pressure is approaching the Fiji Group from the West.

This is expected to affect the country in the coming days.