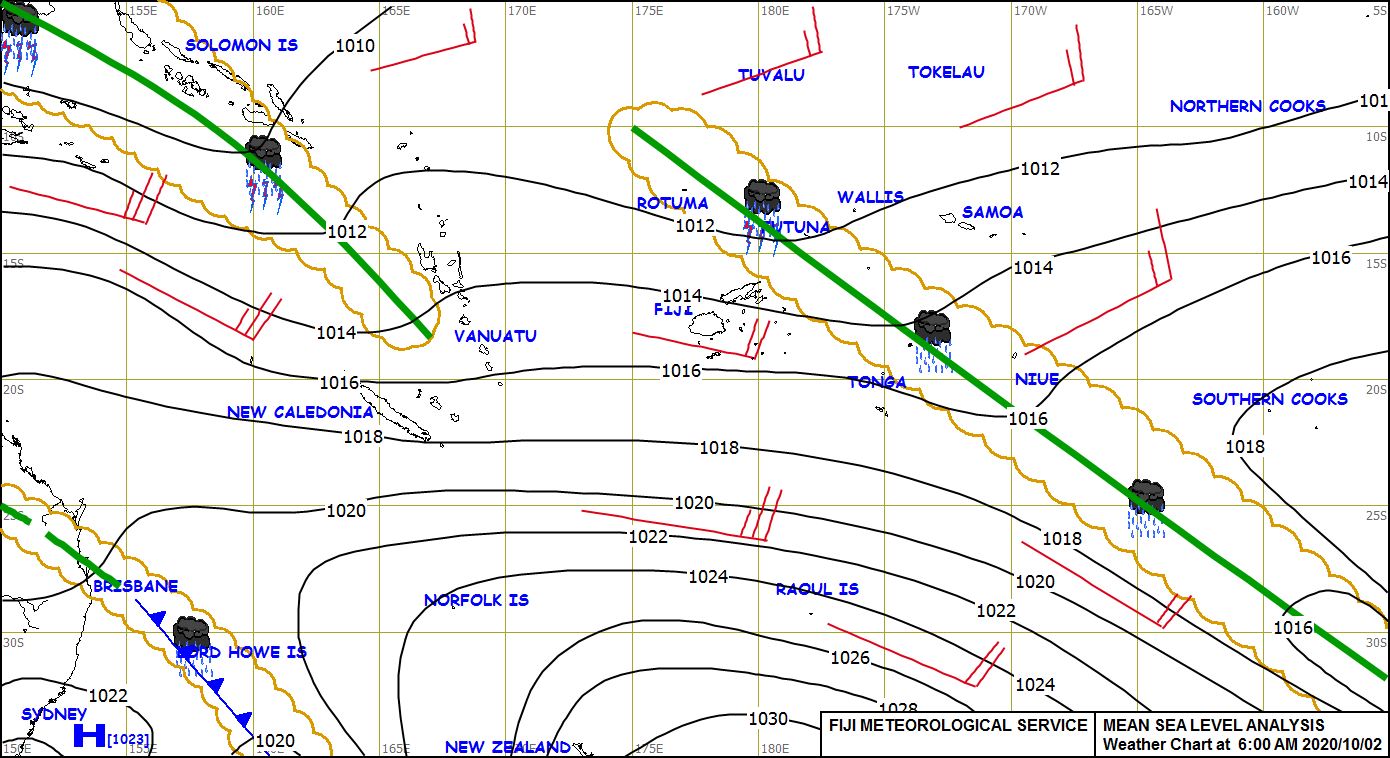 The weather map provided for today by the national forecasting centre in Nadi. Picture: SUPPLIED

The weather office has issued a heavy rain alert for the Yasawa and Mamanuca group, western half of Viti Levu, Kadavu and nearby smaller islands.

A trough of low pressure with associated cloud and rain is expected to approach the group from the West and affect parts of the group from later today.

The forecast is for the Yasawa and Mamanuca group, western half of Viti Levu and Kadavu and nearby smaller islands to expect cloudy periods with isolated afternoon or evening showers.

“Showers expected to become frequent and heavy from later today,” the weatherman has forecast.

“For the eastern and interior parts of Viti Levu, there will be occasional showers.