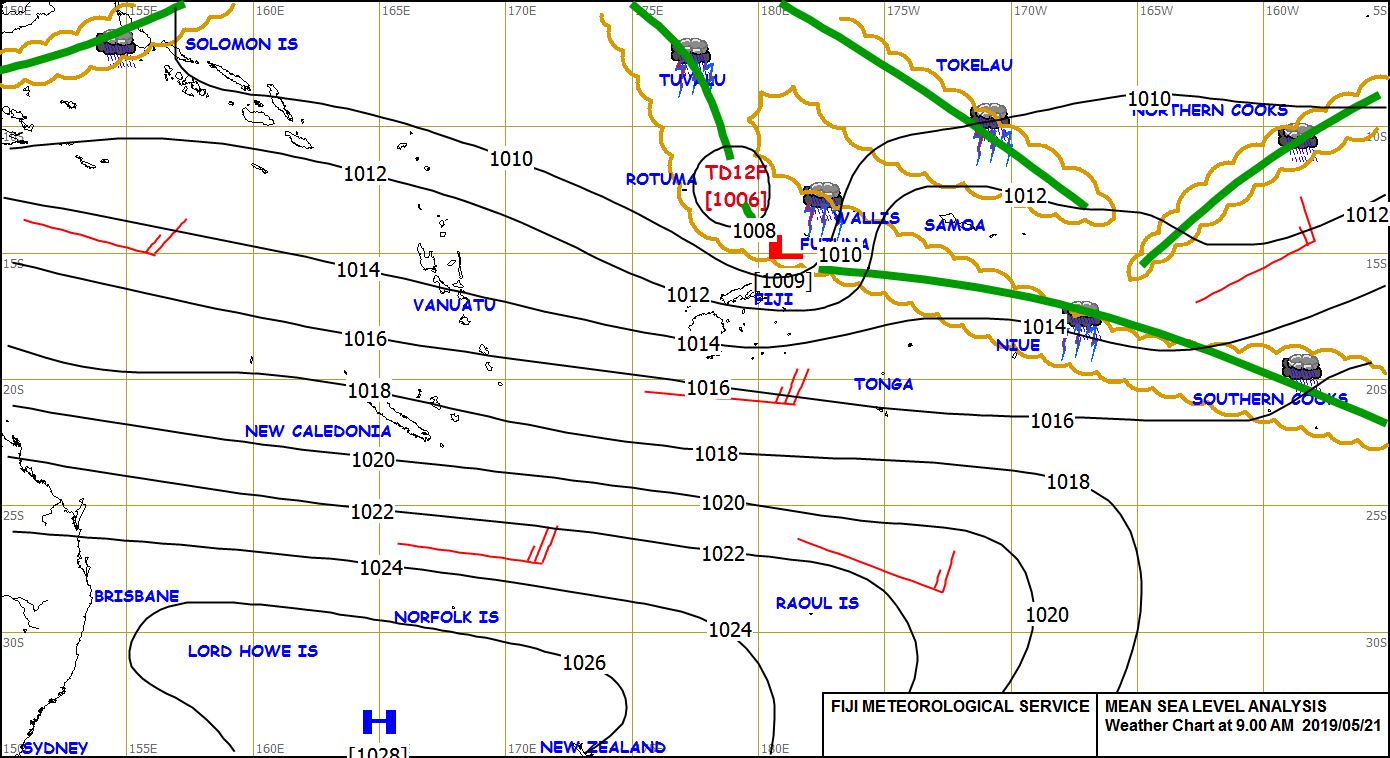 The weather bulletin issued this morning from the National Weather Forecasting Centre in Nadi also maintained a strong wind warning remains in force for the land areas of eastern Vanua Levu.

The bulletin says Tropical Depression TD12F remains slow moving over Rotuma and is gradually moving east-southeast at about 9km/hr.

The associated trough of low pressure with cloud and rain affects the northern parts of the group.

The forecast to midnight tomorrow for the Fiji group, expect Southeast winds with average speed of upto 50 km/hr over the eastern parts of Vanua Levu.

There will be occasional rain with isolated heavy falls and few thunderstorms with rain likely to become heavy and frequent from tonight for Northern Lau group,Vanua levu, Taveuni and nearby smaller islands.