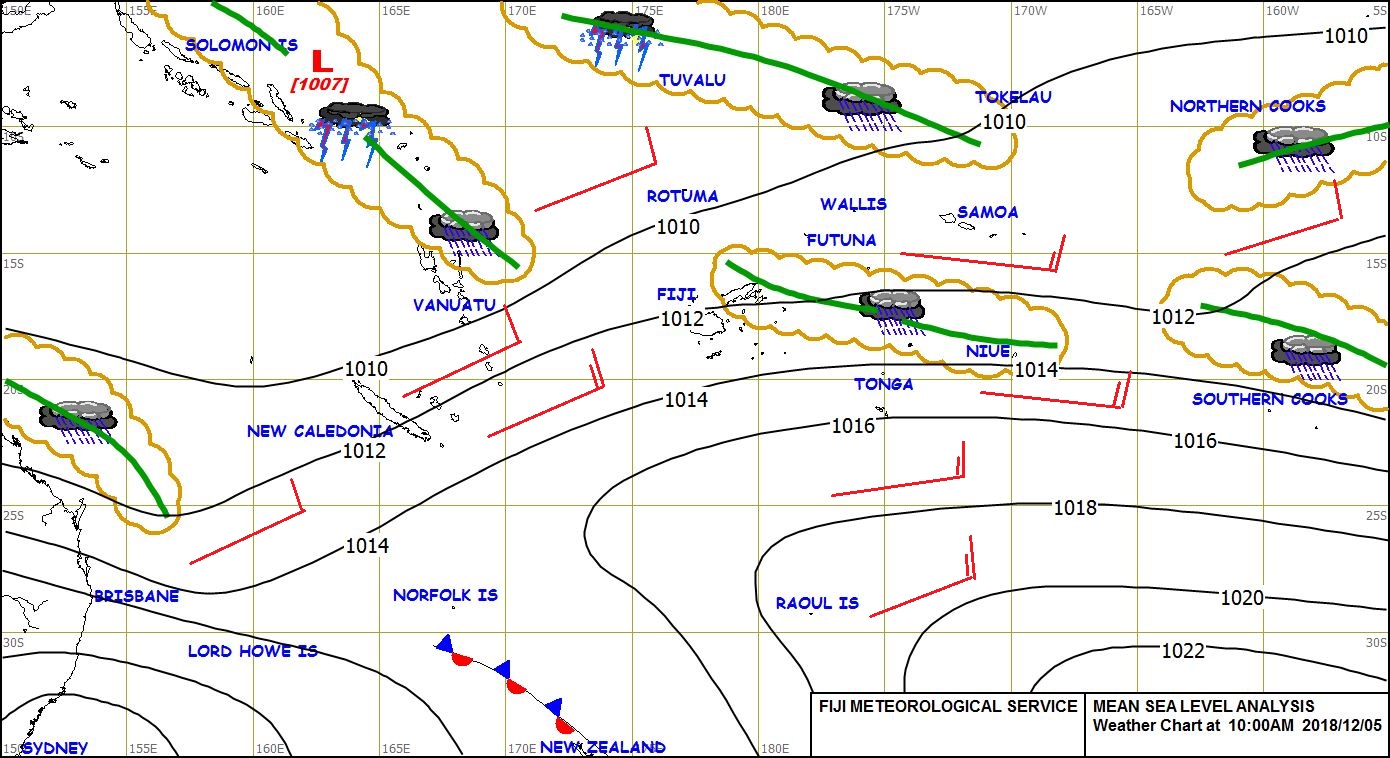 A trough of low pressure lies slow moving to the north of Fiji. Picture: SUPPLIED/FIJI MET

A HEAVY rain alert remains in force for the Fiji group.

The weather bulletin issued from the National Weather Forecasting Centre in Nadi at 10:45am says the heavy rain alert is in force for Vanua Levu, Taveuni, Eastern half of Viti Levu, Lomaiviti, Northern Lau group and Kadavu.

The weather office says a trough of low pressure lies slow moving to the north of Fiji.

The associated cloud and showers with the moist easterly wind flow affects the northern and eastern parts of the country.

The forecast to midnight tomorrow for the Fiji group expect occasional showers with isolated heavy falls and few thunderstorms over Vanua Levu, Taveuni and nearby smaller islands, the interior and Eastern half of Viti Levu from Serua through to Deuba, Navua, to Suva, Nausori, through to Korovou, Rakiraki and Tavua,  Kadavu and nearby smaller islands, Lomaiviti and Northern Lau group.

Elsewhere expect cloudy periods with some showers especially in the afternoon or evening showers with isolated heavy falls and thunderstorms.

Showers expected to increase to rain and become frequent and heavy later tomorrow.

The outlook for Friday  expect o ccasional rain and few thunderstorms over most places.