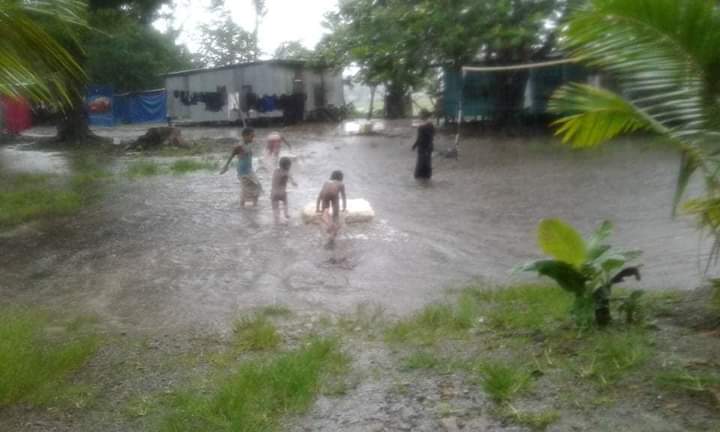 Flooding at the Tokotoko Back Rd this afternoon. Picture: ROHIT DEO

FLASH flooding has begun in parts of Navua.

Navua police have confirmed that the persistent downpour today had led to flash flooding in parts of Calia, Nakaulevu and Tokotoko Back Road.

They have reported that the water level at the Navua river was rising gradually and they were keeping a close watch.

Rain has been experienced in Navua for more than two weeks leading up to flash flooding in various places.