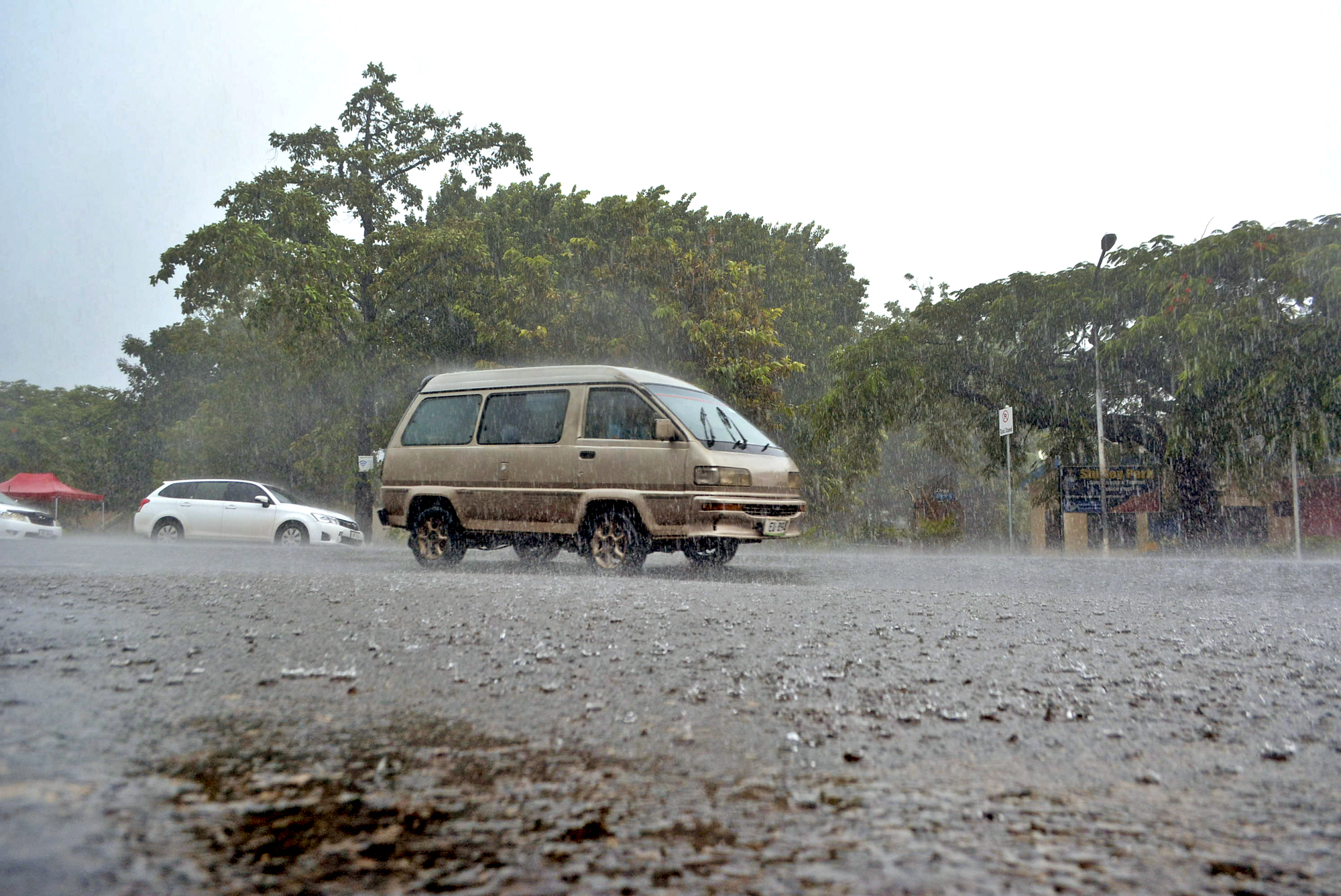 FEW houses in Navua along the Queens Highway were under floodwaters from heavy rain that was experienced in most parts of the country over the past three days.

The Fiji Times met some families who claimed they were trying to cope with the disaster with hopes that floodwaters would recede soon.

Among them was Tomasi Pene who resides with his family at Waikalou Road.

He said their house was just metres away from getting invaded by floodwaters.

He was spotted wading flood waters with his wife and infant children as they tried to access the Queens Highway.

“We have been staying here for the last three years and this happens every time there is heavy rain because it’s located on a flood-prone area,” Mr Pene said.

Tomasi Qalivalu, 42 of Wainitogoru Settlement said four houses in the area were flooded since Thursday.