Wealth of the sea 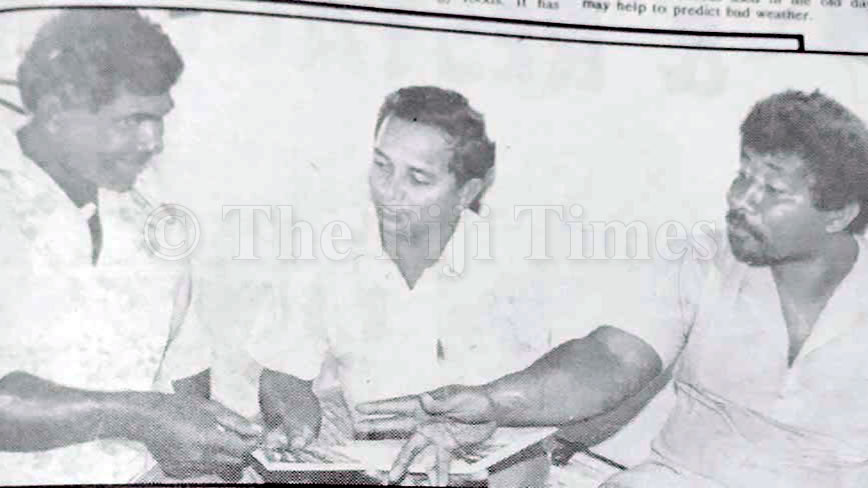 On January 11, 1980, The Fiji Times published a report on how fishing had developed and helped Viwa islanders in the Yasawa Group.

The report stated earnings from fishing had helped establish a housing scheme for Viwa islanders.

The people on the island had been operating a fishing scheme for the past decade (1970-1980) and during the latter part of the period, 30 concrete houses were built.

The cost of building these houses was derived from fish sales and grants from the government.

The report said about 50 young men formed the nucleus of the fishing project and were the highest contributing factor for the success and the establishment of the scheme, chairman of the project Jonasa Tuicuvu said.

The senior fisheries officer Western, Charles Evening said: “The Naibalebale fishing group should be an example to other smaller projects.

“They are traditional fishermen and divers and to see them practise their skills with advice from the Fisheries Division is what rural development really means.

“Not all members would get a decent form of housing just yet, but they would get theirs in the next couple of years,” he said.

Three vessels, including a ferro-cement 15-metre boat made up the Naibalebale fishing fleet.

However, there were plans to have a bigger vessel before June.

The group’s facilities included an ice silo and boxes. Mr Tuicuvu said these had helped the project in achieving its aim.

At the same time, the villagers received daily earnings at their doorstep, from the fish receiving depot, he said.

“Members have their own punts and have been allocated days when they were to sell their catches to the depot,” Mr Tuicuvu said.

The Naibalebale fishing scheme sold about 10 tonnes of fish in 1975, their highest quantity landed.

However, catches then fell to about three tonnes in 1977 — this is due to engine breakdowns in two of its boats.

Catches then rose again in 1978 where the group almost caught a total of five tonnes of fish for sale in Lautoka alone.

Their future turned brighter after the scheme landed almost six tonnes in 1979.

Apart from Fiji Development Bank loan repayments and other expenses, the Naibalebale scheme still managed to collect a profit of about $20,000 during its first 10 years of operation.

This was a big milestone according to Mr Tuicuvu.

“It has been a hard 10 years. It was not easy, as we faced a lot of challenges along the way, but we definitely managed,” he said.

He said first in 1972 came Hurricane Bebe and then cyclones and bad weather hampered fishing operations for the group.

“But we have managed to achieve our objectives through working together.

“The morale of the group is high and we should expect more rewards in the next decade,” he said.

Meanwhile, the processing of beche-de-mer in the Western Division was centred around the Yasawa Group early that year, a spokesman for the Fisheries Division in Lautoka said.

The spokesman added reefs along the islands had been surveyed and the actual operations of catching, slitting and drying would commence during the first quarter of 1980.

The operations were handled by the Food Processing Unit of the Fisheries Division, whose objective was to encourage islanders of low agricultural output to reap the wealth of the sea.