We will win fight against coronavirus, says marathon great Kipchoge 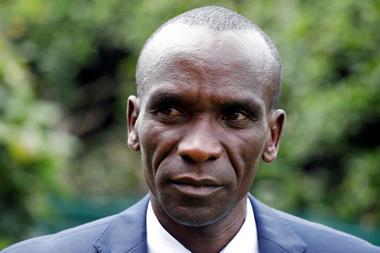 NAIROBI (Reuters) – Eliud Kipchoge, the world’s greatest marathon man, reckoned his first reaction was shock when he heard at home in Kenya that the 2020 Olympic Games had been postponed because of the coronavirus outbreak.

That shock soon gave way to disappointment — but then defiance.

“We will win this fight against the COVID-19,” the barrier-breaking Kenyan, who’s widely considered the world’s finest runner, said in an interview with Reuters.

And the man who last year became the first to run a marathon in under two hours confirmed he can see himself refreshed and ready to defend his marathon title in a rearranged Tokyo Olympics next year.

For the moment, though, the 35-year-old insists his only concern is to care for his family at their home in Eldoret.

“The virus has really hit us in a hard way. That’s why you need to focus.”

Kipchoge explained he had been relaxing at home when he heard of the Tokyo postponement.

“I was a little shocked and I had to go back, just to think more. I think and then I said, ‘it’s not a bad idea to actually postpone’.

“You know the Olympic Games is whereby everybody wants to participate … it’s in the dreams of every sportsman in this world..”