‘We are hugely excited that Albert has opted to join us’ 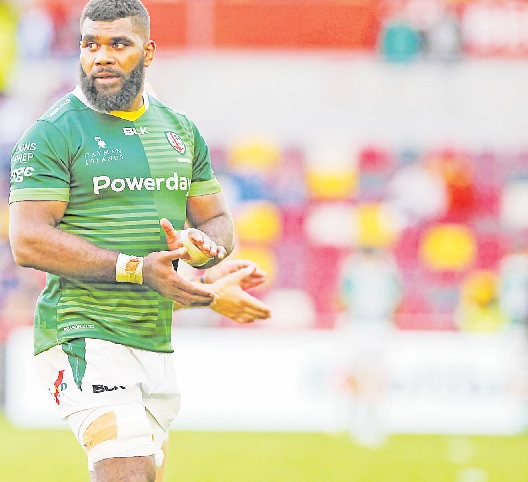 Albert Tuisue’s time at London Irish will not continue as Gloucester Rugby confirmed the Fijian international joining the club for the 2022-23 season.

The club’s website confirmed the 28-year-old as the new member of the loose forward department who “will add some serious fire power to the Cherry and Whites and is known for his strength and carrying ability”.

It also reported, as a versatile forward, the former Kadavu Provincial Secondary School student can play across the back five of the scrum.

Head coach George Skivington said he was looking forward to welcoming him to Kingsholm.

“We are hugely excited that Albert has opted to join us at Kingsholm,” Skivington said in the report.

“He’s renowned for his physical presence on the field and explosive ball carrying, but ultimately he’s a player that gives everything for the cause, which is the exactly the kind of characters that we want representing this club.

“I know he will be determined to finish off his season in style, and we look forward to welcoming him on our journey in the summer.”

Chief operating officer Alex Brown was equally as pleased to be welcoming the Fijian international.

“I know Albert is a player who has gathered a huge amount respect since his arrival in the Gallagher Premiership and we are delighted he will be joining us in the summer.

“We are building a very special group and environment under George’s stewardship, and Albert’s character matched with his passion and determination on the field makes him a very exciting addition to our squad.”

Meanwhile the Kadavu giant has 11 Fiji caps to his name.

Tuisue joined London Irish in 2019 with over 50 appearances for the club.