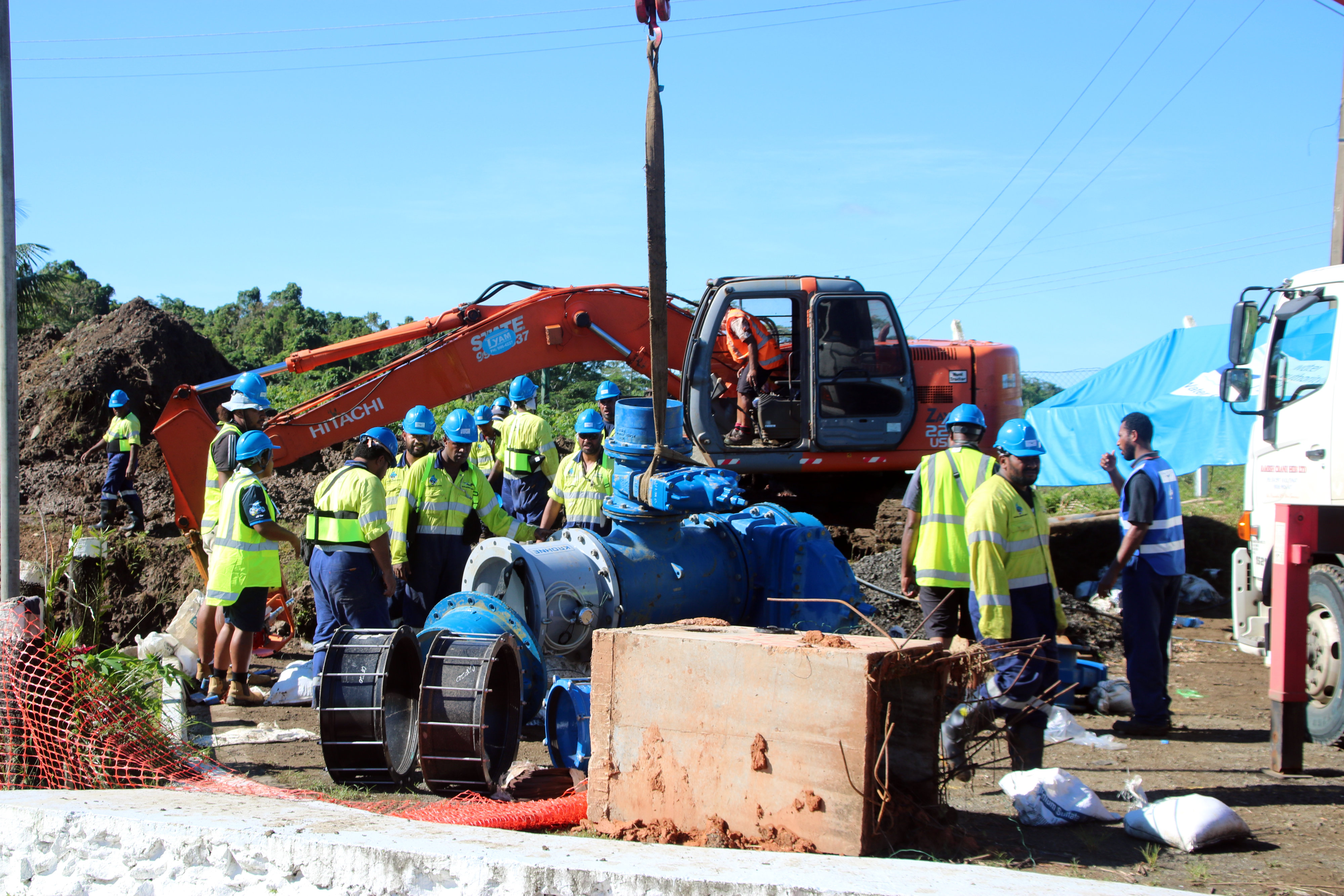 WAF workers at the work site at Waila. Picture: SUPPLIED/WAF

WATER supply has been restored to majority of the Nausori and Rewa Delta areas which is within the Raralevu Water Supply reticulation system.

Water Authority of Fiji general manager Customer Services and acting GM Operations Sekove Uluinayau confirmed this saying WAF had been working round the clock to restore water supply to the affected areas following the successful completion of the cut-in works at the Waila Water Treatment Plant.

He said all low-lying areas should have water supply restored and at present, the WAF team was working to get water restored in elevated areas.

WAF had stated earlier that the water shut down in Nausori was part of two major cut-in works that were carried out at the Waila Water Treatment Plant and Duilomaloma Road.

Mr Uluinayau said WAF had undertaken improvement works during the shutdown period by undertaking pipeline realignment works at the Raralevu Reservoir, as well as an additional six sites where cut-in works were also carried out in areas like Burebasaga, Vuci Road, Nausori Airport, Taci, Suvalailai, and Natogadravu.

He said additional works would have to be undertaken this week to realign a section of the DN375 Waila-Raralevu by-pass pipeline at the Waila Water Treatment Plant.

He said those works would be carried out later this week and would not require a water shutdown.