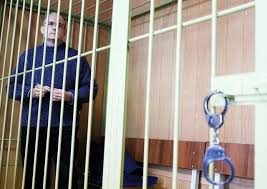 FILE PHOTO: Former U.S. marine Paul Whelan who is being held on suspicion of spying, stands in the courtroom cage after a ruling regarding extension of his detention, in Moscow, Russia, February 22, 2019. REUTERS/Shamil Zhumatov

MOSCOW (Reuters) – The United States told Russia on Tuesday to stop playing games over a detained former U.S. marine accused of espionage and said it feared his long isolation increased the risk of Moscow trying to extract a forced confession. The comments from the U.S. Embassy in Moscow were the sharpest yet from Washington […]