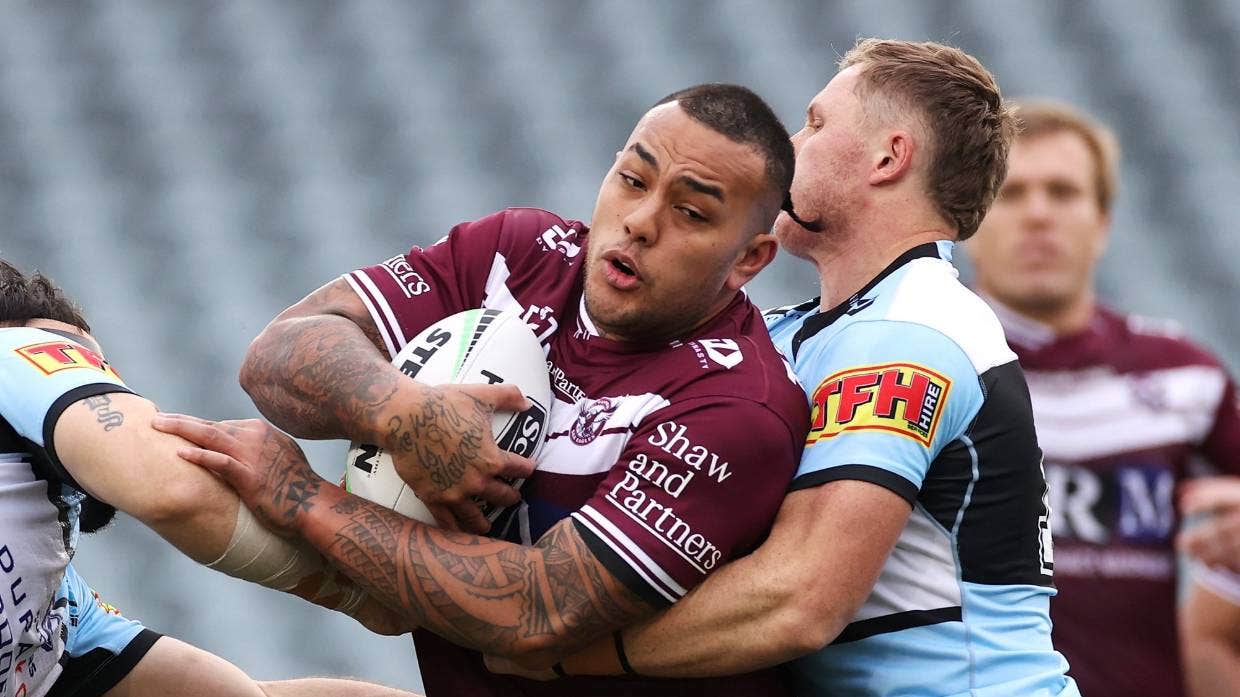 Addin Fonua-Blake will join the Warriros from next season. CAMERON SPENCER/GETTY IMAGES

The Warriors have been able to sign one of the best props in the NRL, with Addin Fonua-Blake agreeing to join the Warriors on a three-year deal from next season.

The 24-year-old was last week given permission by the Sea Eagles to talk to any club outside of Sydney about a switch.

The Warriors immediately went after the Kiwis and Tongan international and managed to secure his services through to the end of the 2023 season.

Fonua Blake broke the news of his move on Instagram, saying it wasn’t an easy decision for him to leave the Sea Eagles, but he’s looking forward to life at the Warriors.

“Hardest decision I’ve had to make of my career but after six years with this family my time has come to an end,” Fonua-Blake wrote.

“I’d like to thank everyone from the coaching staff and all the players to all the loyal fans that stuck with us/me through every hard time we had over the past six years.

“Excited/Nervous about what waits for me next at the Warriors.

“Nothing but love for the Bird Gang Brothers . #582 ❤️❤️ My Brotherhood will never be broken with you boys ofas kautamas. Family first in every decision I make ????#thelatest#thefridge #cardioking ‼️”

It’s hard to understate the significance of the signing of Fonua-Blake for the Warriors.

He will give them a dynamic edge to their forward pack that’s been missing for a number of years and along with other signings, Ben Murdoch-Masila and Kane Evans, transforms the Warriors.

A problem identified by the club’s management was that their forwards were too similar, hard working, but stocky and on the smallish side.

But these players will give the team more aggression up the middle, which should then help the club’s play makers.

The starting line up for the Warriors’ forwards next year is likely to be Fonua-Blake, Karl Lawton or Wayde Egan, Murdoch-Masila, Eliesa Katoa, Evans and Tohu Harris back at lock.

It’s understood Fonua-Blake is good friends with Evans and he helped encourage him to join the Warriors, along with the club’s captain Roger Tuivasa-Sheck.

Stuff understood over the weekend that the club was close to finalising the deal with Fonua-Blake and an announcement was expected at some point this week.

On Tuesday, the Warriors finalised his release from his Sea Eagles contract, which had two more years left to run on it.

The club are expected to make an announcement later on Tuesday.

Speaking on Triple M radio on Saturday, incoming Warriors coach Nathan Brown, said Fonua-Blake would be a great fit for the club.

“He’s certainly an outstanding player. If you look at that position he’s in the top echelon of players in the world,” Brown said.

“He’s certainly a player who fits the bill, not just for our club but for most clubs.

“When a player of Addin’s talent comes on the market there’s always people looking to move players or do certain things, because they don’t come on the market every day.

“He’d not only help our squad, he’d help any squad. And he’s only 24, so his best years are still coming.”