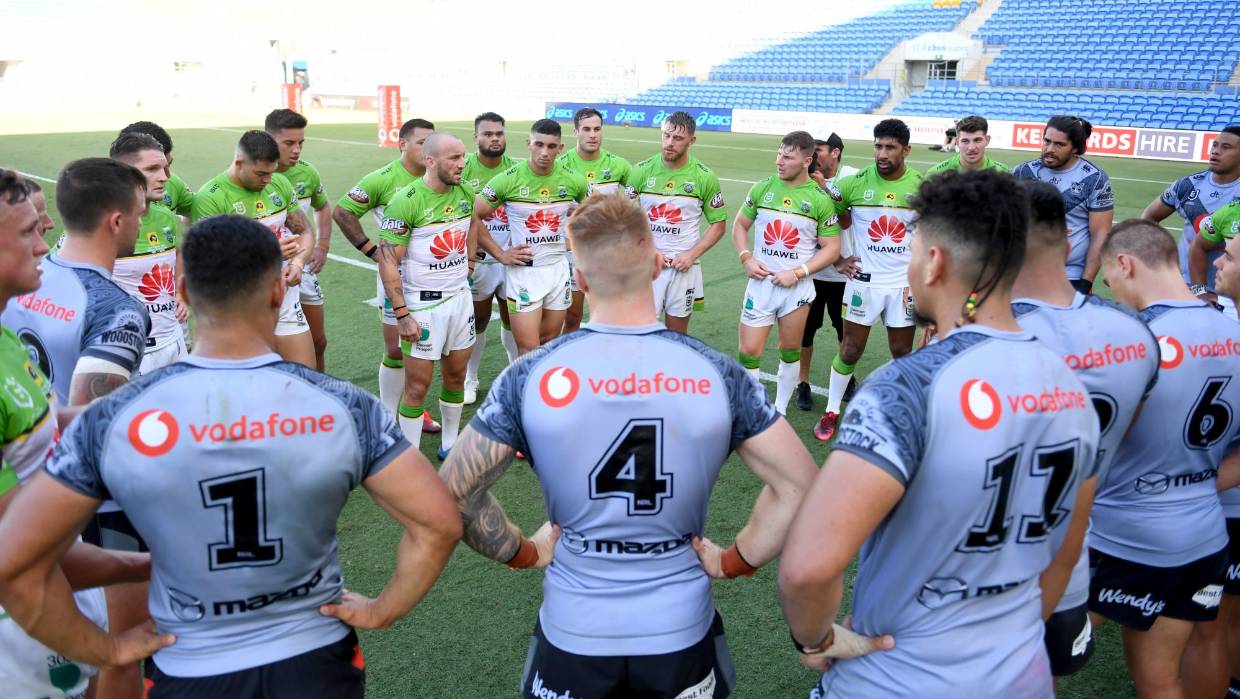 The Warriors last played on the Gold Coast against the Raiders. Picture: NRL

The Warriors have had a major injury setback ahead of the resumption of the NRL season.

First-choice prop Leeson Ah Mau, who has made 205 first grade appearances, will be sidelined for up to four months after scans confirmed he ruptured a pectoral muscle at training in Tamworth on Friday.

Ah Mau will stay in Australia for his operation this week before returning home, and is unlikely to play any part in the restarted NRL season.

The former St George Illawarra Dragons front-rower hadn’t missed a game for the Warriors since returning to Mt Smart.

Ah Mau was the only player to appear in each of the Warriors’ 24 games last season, and he also started the first two this year against Newcastle and Canberra.

It further dents the Warriors’ front-row stocks, with fellow front-line prop Bunty Afoa and up- and- comer Jackson Frei already sidelined for the remainder of the year with serious knee injuries.

The squad has been bolstered by lock Jazz Tevaga, hooker Nathaniel Roache and centre Gerard Beale, who all missed the start of the season in March.

The Warriors have been training in Tamworth for the past fortnight in preparation for their first match back against the St George Illawarra Dragons on Saturday, 30 May.

They will visit the Penrith Panthers the following week, with the rest of the draw yet to be revealed.