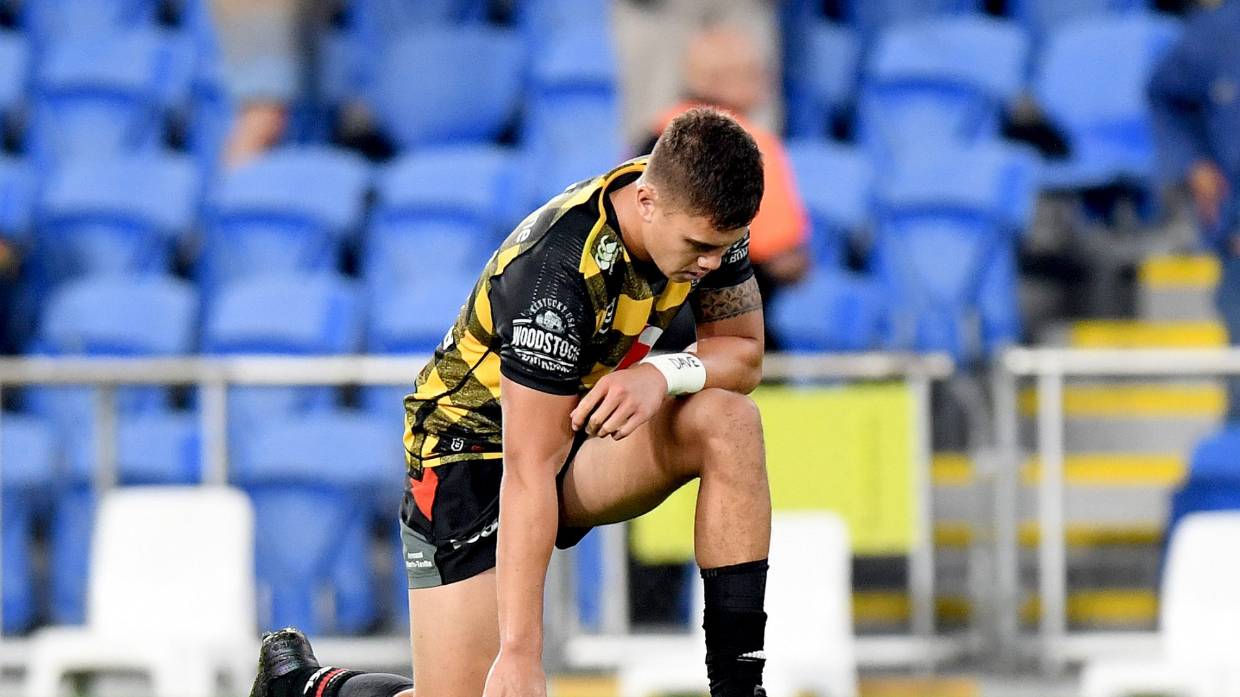 A dejected-looking Chanel Harris-Tavita following the Warriors’ defeat to the Titans on the Gold Coast. Picture; STUFF SPORTS

Warriors interim coach Todd Payten was left scratching his head over some questionable calls by the match officials but stopped short of using it as an excuse for the disappointing defeat to the Titans.

The biggest decision in Friday’s 16-12 loss on the Gold Coast came in the 30th-minute when loan forward Jack Hetherington was denied a try after the bunker ruled he had pushed Jamal Fogarty before grounding the ball.

Replays seemed to show Fogarty attempting to pick up the ball, leaving Hetherington well within his rights to make a tackle. But the video referee disagreed, preventing the Warriors from taking a two-try lead heading into the break.

The decision was widely slammed on social media, with legendary coach Phil Gould labelling it a ‘disgrace’. However, Payten managed to keep his cool in the post-match press conference.

“I didn’t agree with it but if I was on the flip side of that in the other box, of course I’d agree with it,” he said.

Despite dominating the first half, jumping out to a 12-0 lead in the first eight minutes, the Warriors didn’t receive a single penalty for the entire game, finishing on the wrong end of a 5-0 count.