Warning on the illegal sale of turtle meat 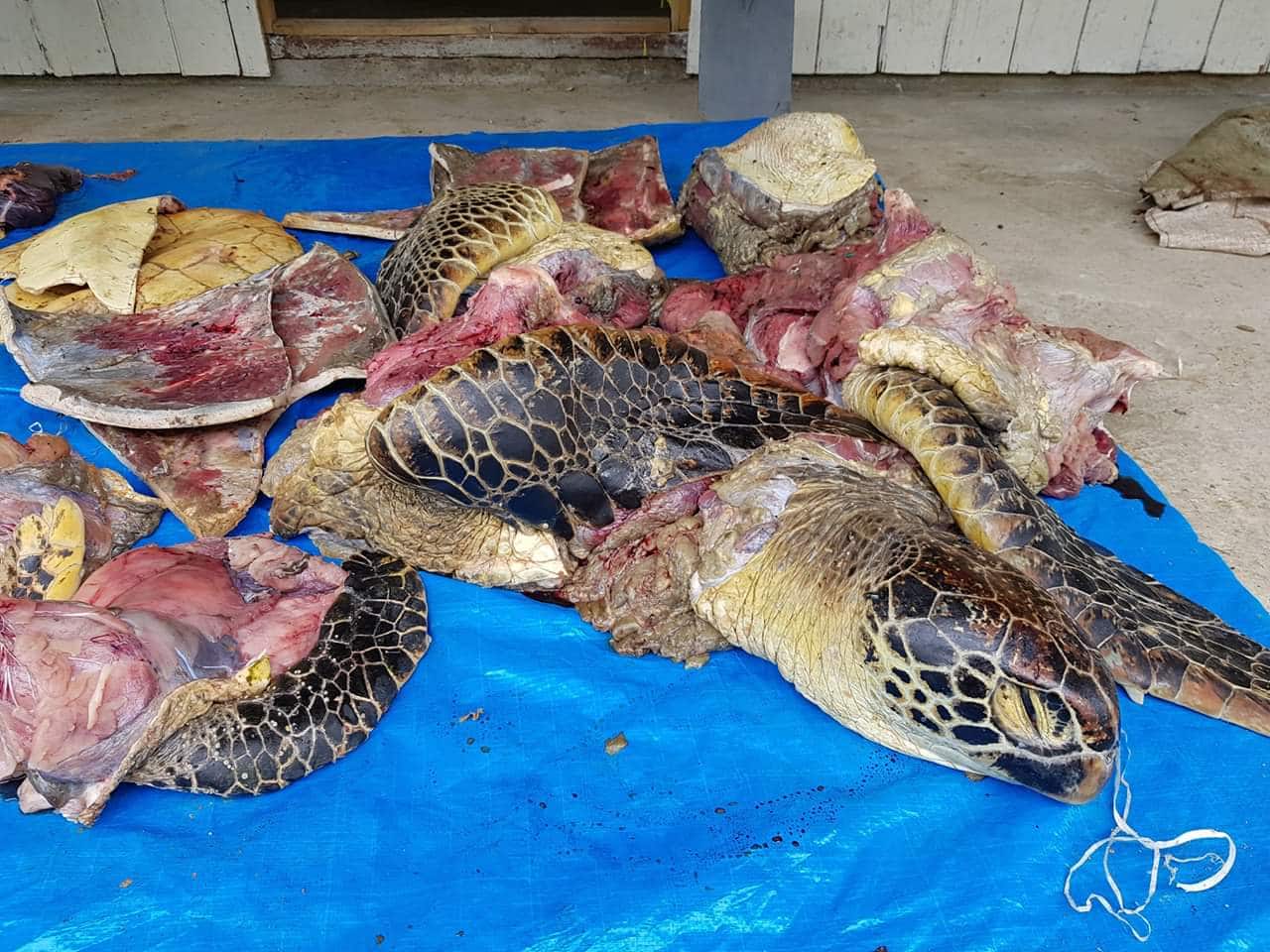 Remains of the slaughtered turtles caught at Naivakacau Landing in Tailevu on Saturday. Picture: SUPPLIED/FISHERIES MINISTRY

MEMBERS of the public have been warned that the Ministry of Fisheries will pursue all avenues to prosecute everyone involved in the illegal sale of turtle meat.

The ministry issued a stern warning yesterday after a group of fishermen from Tailevu were referred to police after they were caught illegally transporting turtle meat.

In a statement yesterday, the ministry reiterated that the harvesting, killing and selling of any sea turtle species was illegal as the sea turtle ban was still in place.

The ministry revealed that four turtles already slaughtered weighing about 90 kilograms were confiscated at the Naivakacau Landing in Tailevu on Saturday morning headed for the market.

The ministry’s officials were tipped off by a caller.

The ministry confirmed that Fisheries officials at Wainibokasi confiscated the turtle meat.

Permanent secretary for Fisheries Craig Strong said it was appalling that people had a total disregard for the law as the turtle ban had been well publicised.

“People who are purchasing the turtle meat are just as guilty as they are the ones driving the demand for turtles,” he said.

The ministry said their officials were also aware of the areas involved in turtle harvesting and was strongly requesting communities and villages to adhere to the ban in place.

Public awareness and consultations have been carried out throughout the country and the ministry said there should not be any excuse for illegal turtle harvesting, killing and selling.