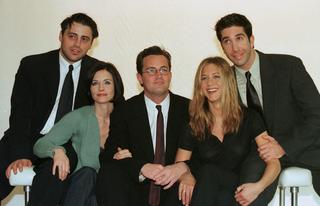 (Reuters) – WarnerMedia is reuniting its “Friends” cast for an untitled, unscripted special for its upcoming streaming service, HBO Max, the company said on Friday.

There have been a flurry of media reports about a potential reunion since Aniston hinted last year that something might be underway.

Aniston spoke to talk show host Ellen DeGeneres about a possible new “Friends” project saying, “We would love for there to be something, but we don’t know what that something is. So we’re just trying. We’re working on something.”

The unscripted cast reunion special, which will be directed by Ben Winston, along with all 10 seasons of the Emmy-winning series, will be available to subscribers at the launch of HBO Max in May.

Earlier this month, the Wall Street Journal said the six stars would receive between $2.25 million and $2.5 million as part of the deal.