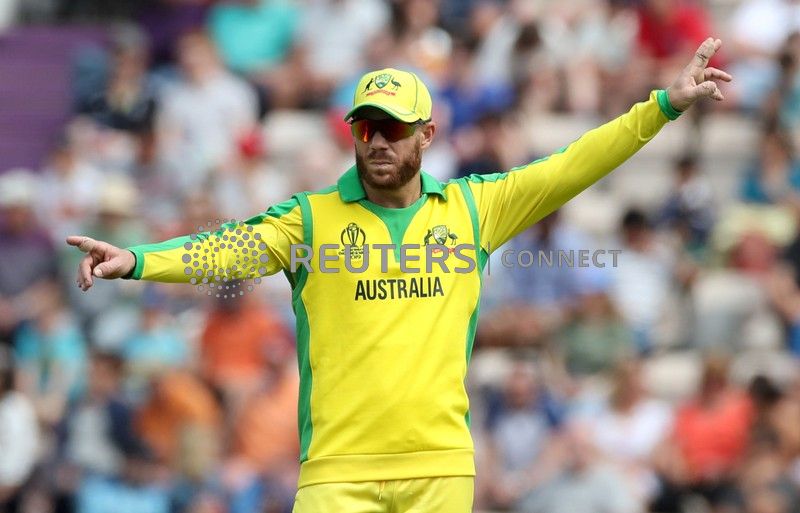 FILE PHOTO: Australia's David Warner, shown in a file photo, is in doubt for his side's World Cup opener against Afghanistan with a leg injury. Action Images via Reuters/Peter Cziborra

BRISTOL, England (Reuters) – Opener David Warner will be selected for Australia when they launch their World Cup campaign against Afghanistan on Saturday, captain Aaron Finch said on the eve of the match.

“Dave is fine, he will play tomorrow. No doubt about that,” Finch told a news conference on Friday.

But Australia are still pondering over their final selection for the game at Bristol.

“Everyone’s been in really good form… in the practice games, and the three games we played against New Zealand,” the captain added, leaving questions about who bats at No.3 – either Usman Khawaja or Shaun Marsh.

Warner underwent a fitness test on Thursday after concerns that an upper leg injury might rule him out of Saturday’s game. The 32-year-old missed the defending champions’ final warm-up match against Sri Lanka on Monday and was unable to train on Wednesday.

Warner, who scored 345 runs at an average of 49.28 in Australia’s run to the title four years ago, returned to the national set-up last month after serving a one-year ban for his part in a ball-tampering scandal in South Africa.

Finch said both Warner and Steve Smith, who was also suspended after the scandal and stripped of the captaincy, had slotted back into the team easily.

“When you are world-class players, you adapt again really quickly and you get up to speed.

“Having them play 13 games each in the IPL (Indian Premier League) is really important. It is a high standard of cricket so that gets you back up to as close to international competition as you can.

“I think Steve will be one of the all-time greats by the time he will have finished the game. There is no question about his batting ability. So when you are great, you get the game quicker, things just happen quicker, so there is never any issue about how he’ll bounce back.

“The same with Davey. They are both so competitive. They have both got great records. So there was never any doubt about how well they would come back.”