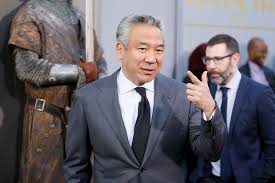 FILE PHOTO: Chairman and CEO of Warner Bros. Entertainment Kevin Tsujihara arrives at the premiere of "King Arthur: Legend of the Sword" at the TCL Chinese Theatre IMAX, in Hollywood, California, U.S., May 8, 2017. REUTERS/Danny Moloshok

(Reuters) – Kevin Tsujihara has resigned as the head of Warner Bros as one of Hollywood’s most powerful studios investigates a report that he improperly helped an actress obtain roles at the studio. He is the latest in a line of executives to lose their jobs in the media business following accusations of improper conduct […]