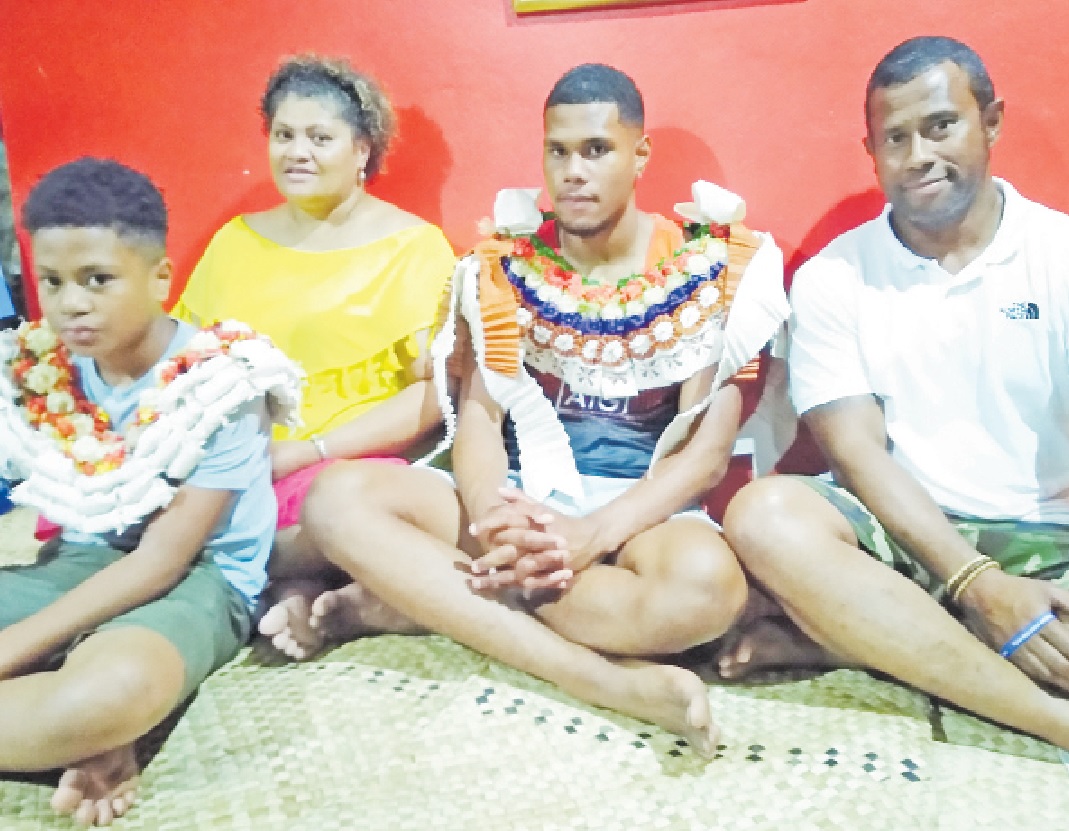 Scott Waqa, second from right, with his parents Lynda and Semi and his younger brother Tomasi, front, at their family home in Valelevu last Saturday, June 15, 2019. Picture: SUPPLIED

NINETEEN-YEAR-old Scott Wara is working out plans with his manager regarding his next assignment.

The lanky Ra Native said he and his agent were in the process of picking a new club.

He is registered with the Stoke City football club.

“I’m just looking at all the options from the other clubs and just so I know that I am going to make the best decision like when I finally get to choose.”

“Yeah I think definitely but just at the current stage I am in, there are different priorities at this stage. I would definitely consider it if I get to a stage where I am more stable with my football then it would definitely become more of an option.”

Wara is originally from Nausori, Nalawa, Ra, and has maternal links to Vatoa in Lau.

He was born in Fiji. He moved to England before he turned one.

His father Semi Wara said he didn’t take up football seriously until he was 12 years old.

“When he came up to Stoke, he was more into both rugby and football but I think at the age of 12 when his club coach told him he had to take football seriously and I think that was the age when he started taking football seriously,” Semi said.

“So they took him in to Stoke City development at the age of 12 and he was there for two years.”

He said from Stoke City development, he was then taken in by Stoke City academy for a six-week trial.

“He went in on a six weeks trial and that was it, he didn’t come back.

“He started with Stoke City academy after that six weeks trial.”

Semi said apart from the support of both sides of Scott’s family, his mother Lynda Wara had always been there to support Scott and in return had to give up her studies at university to take him to the academy.

“For me personally, I’d say all the credit should go to the mum because throughout his football career she was always the one behind him,” Semi said.

Scott returned to England on Monday after a short holiday with his family in Fiji.