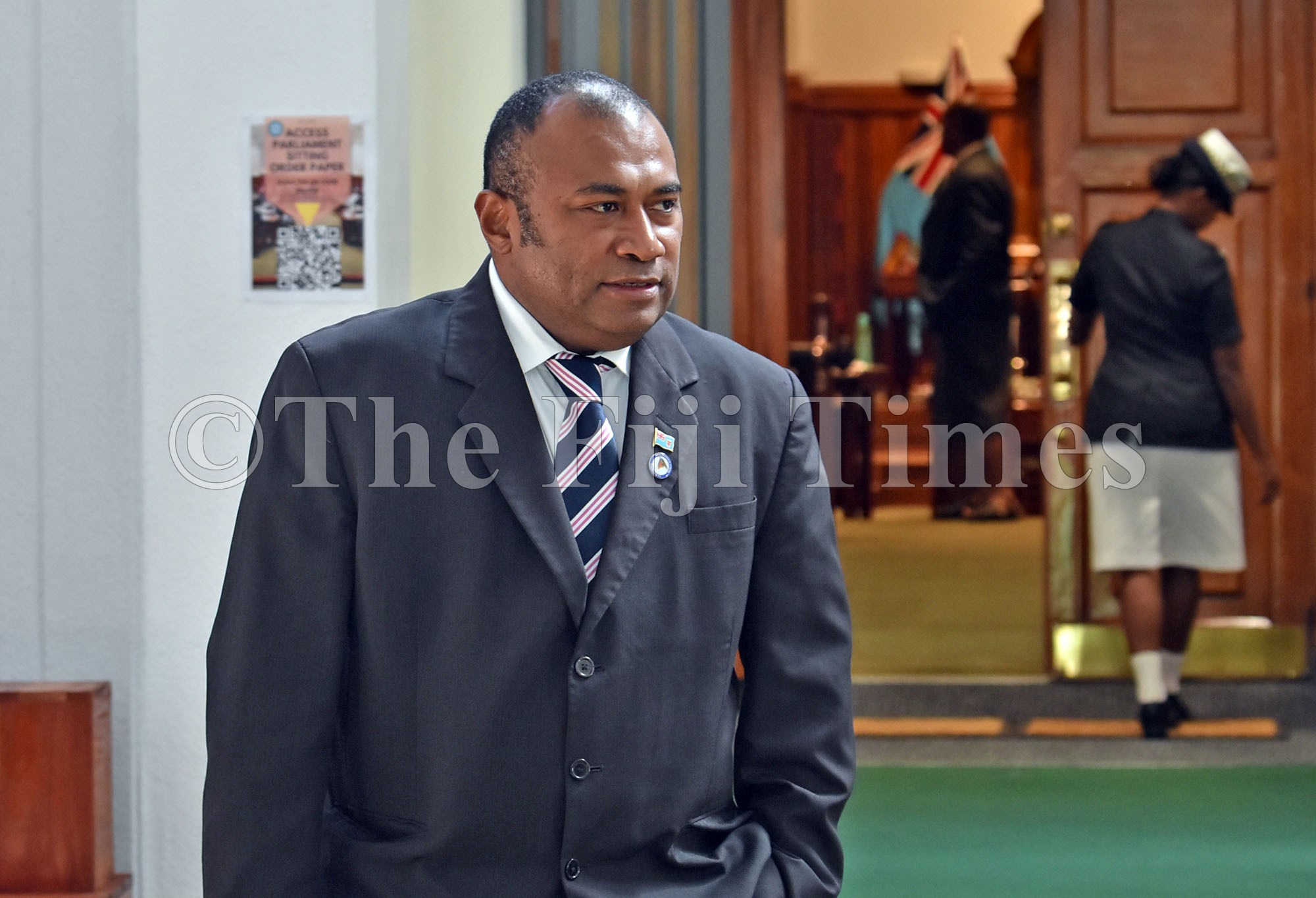 Health Minister Dr Ifereimi Waqainabete said a motion by National Federation Party leader Prof Biman Prasad for an inquiry into health and medical care delivery was “inconsiderate” and “inconceivable” at a time when the world was battling COVID-19.

Speaking in response to the motion in Parliament yesterday, he said many of the issues raised by Prof Prasad were already being addressed.

“It is almost inconceivable that the honourable Biman Prasad has chosen this time, to raise this motion, to continue to apply pressure on the ministry while it is responding to a one in a hundred year pandemic,” Dr Waqainabete said.

“We have reason to believe that this is similar to what the Spanish Flu was in 1918.

Dr Waqainabete said the ministry and he, personally, were always accessible to the public when issues arose — and they were often contacted via the COVID-19 line or through social media platforms.

“We are always transparent and communicate with the public on the health status of the country and what the ministry is doing.

“Some of the things brought forward by honourable Prasad are cosmetic issues we are already doing and already changing. I want to assure him, that since this week we have already begun on the $750,000 Emergency Department renovations at CWM Hospital.

“We couldn’t do it at the beginning of the year because of COVID-19, now that we know we have a handle on the disease, we have a bit of space to do it. This was budgeted in last year’s budget.”

Dr Waqainabete said the concerns raised by Prof Prasad about dialysis treatment and the provision of a nephrologist were already being addressed.