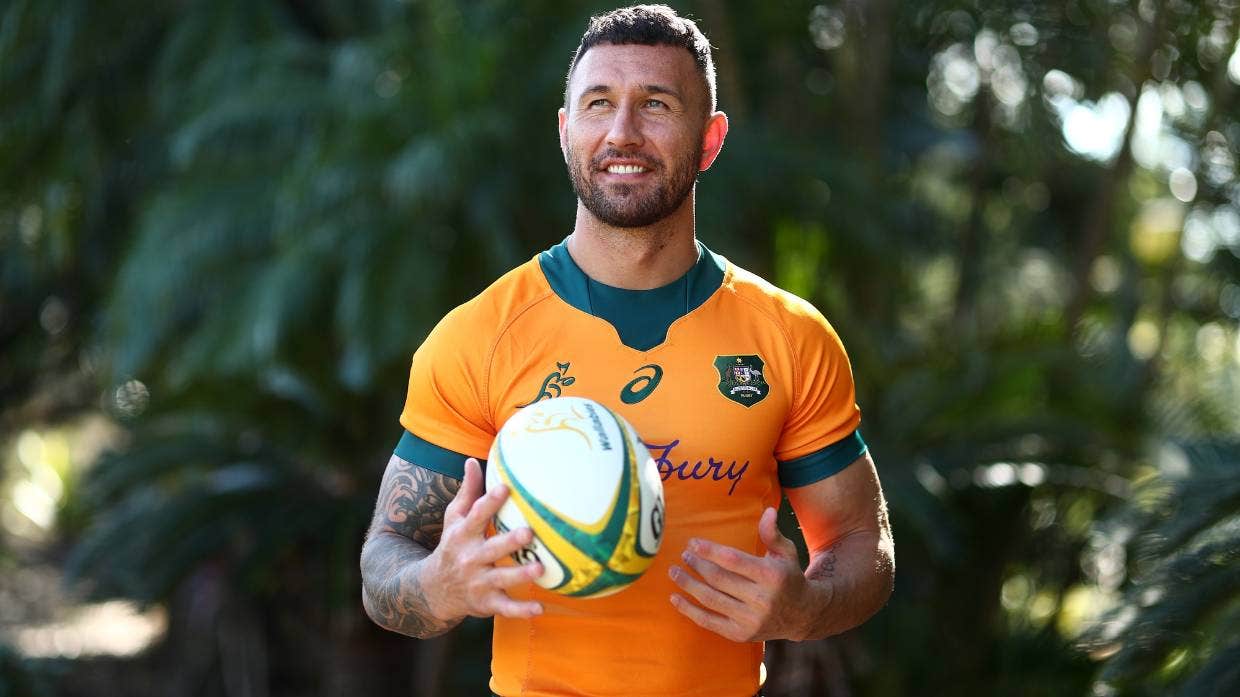 The All Blacks destroyed the Los Pumas on Sunday night, but the turning point was when the Wallabies shocked the 2019 RWC champion on the Gold Coast.

ESPN did a wonderful wrap-up of both the matches. The Wallabies came into the clash under pressure, having being thrashed by the ABs in their two-match Rugby Championship series 57-22 and 38-21, while the Springboks saw off the Los Pumas 32-12 and 29-10. Cooper was applauded and given a lot of credit, as he landed a last-gasp kick to beat the Springboks 28-26.

The Wallabies secured a well-deserved victory over the Springboks, who scored their tries from lineout drives, as replacement forward Malcolm Marx grabbed two fivepointers.

Cooper was a surprise selection to face the Springboks for his first Test since 2017 after the Wallabies were swept by the ABs in the Bledisloe Cup. The Springboks had rallied from an eight-point deficit in the second half to lead the hosts 26-25 going into the final minutes. The Springboks were undone by some uncharacteristic missed place kicks.

Both sides grinded in an attritional game that featured four yellow cards, two for each team. Back to Cooper and in a shock call-up to face the world champ, he kicked a perfect seven-from-seven penalties and a conversion as the hosts won a scrum penalty in the final 20 seconds. He led the onslaught and showed that he is the best man for the Wallabies flyhalf role.

After the hard-hit win, coach Dave Rennie has showed that he is building a quality Wallabies outfit for the 2023 RWC 15s in France. Moreover, Australia’s heart-stopping 28-26 victory over the world champ leaves the Pumas as the only winless team in the tournament.

In the other brutal encounter, a ruthless ABs outfit blanked the Los Pumas 39- 0. A clinical effort from the ABs ensured that the darlings of rugby 15s kept their Rugby Championship winning run intact.

Last year in Sydney, the ABs were caught off guard in a shock first-ever loss to the Los Pumas. Valuable lessons were learnt from the 20-25 loss, and the ABs shut out the Los Pumas in a ruthless display this time around.

The Pumas came off following their back-to-back losses in South Africa, and they spent 14 days in isolation on the Gold Coast. The AB, on the other hand, beamed with confidence following their back-to-back wins over the Wallabies, and despite making six changes to his starting side, Ian Foster’s brigade piled on five unanswered tries to notch their third straight bonus-point win.

The win guaranteed that the ABs consolidated top spot in the Rugby Championship with their resounding and commanding victory.

The ABs destroyed the Los Pumas who had Pablo Matera and Carloe Muzzio sin-binned in the 39-0 defeat.

The ABs blended set-piece dominance with their typical stonewall defence helped them trounce an undisciplined Argentina side and claim their third successive win. With a string of key players absent or rested, some fringe All Blacks had their chance to shine, with Luke Jacobson grabbing two second-half tries and recalled winger Sevu Reece scoring one in the first half of a menacing display.

Utility back Rieko Ioane and fl anker Dalton Papalii also had tries in the opening stanza as the relentless All Blacks recorded their third bonus-point win of the tournament.

The Mario Ledesmacoached Pumas outfit gave up two yellow cards in the match and failed to score in two successive tests against the All Blacks, having lost 38-0 in last year’s Tri- Nations tournament in Australia.

The ABs now lead the Rugby Championship with 15 points, followed by the Springboks who have 10 points.

With two big losses to South Africa as well, Argentina remained empty-handed. Fans are in for another round of explosive and mouth-watering Test matches, as the Wallabies face the Springboks, and the ABs line up against the Pumas.

Last week’s results have opened up the Rugby Championship and anything is possible this weekend! As usual, the gang in Balgovind Road, Nadawa, will cheer for the All Blacks!

 RAJNESH LINGAM is the head of department of language at Nabua Secondary School. He is also a contributor to this newspaper. The views expressed are his and not of this newspaper or his employer.