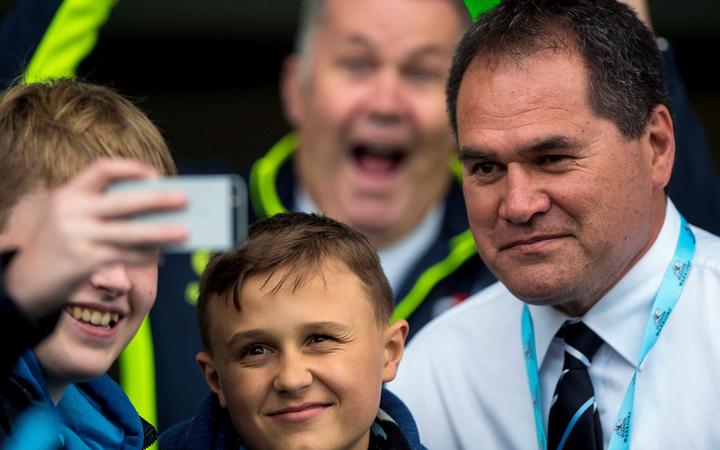 New Wallabies coach Dave Rennie remains confident his first international assignment will be against the All Blacks in Wellington in October despite the COVID-19 pandemic.

Officially a week into his latest role, the former Chiefs coach is still a month away form being able to join his new team on the training pitch in Australia.

Having completed two weeks of quarantine in Auckland, Rennie is spending a fortnight in his home town of Palmerston North before departing for Sydney where another 14 days of isolation awaits.

Rennie told Sky Sport his sole focus is October 10th, which he remains adamant will be the first Bledisloe Cup Test date in Wellington, even though details of the Trans-Tasman series are yet to be announced.

If correct, he’d have about three weeks preparation with Australian players after the completion of the Super Rugby Australia domestic competition which finishes on September 19th.

“It’s not an enormous amount of time so we’re getting a lot of planning done,” Rennie said.

“Obviously there’s talk about 2023 (World Cup) but we need to win now.

“I think we need to have high expectations and work hard to achieve it.”

Rennie is encouraged by the recent success of Australian age group teams against New Zealand and won’t rule out throwing young inexperienced players into the Bledisloe Cup.

He believes the youngsters could inject the positivity he’s after, given its 18 years since the Wallabies won a series against the All Blacks.

“It’s so much about belief when you haven’t beaten the All Blacks for so long. Players lack confidence,” he said.

“We’ve got a lot of young kids that have had success against NZ teams so they’re not scarred from the past.

“While there’s probably more depth in NZ, our job is to assemble 30-40 guys who we think can be really competitive.”