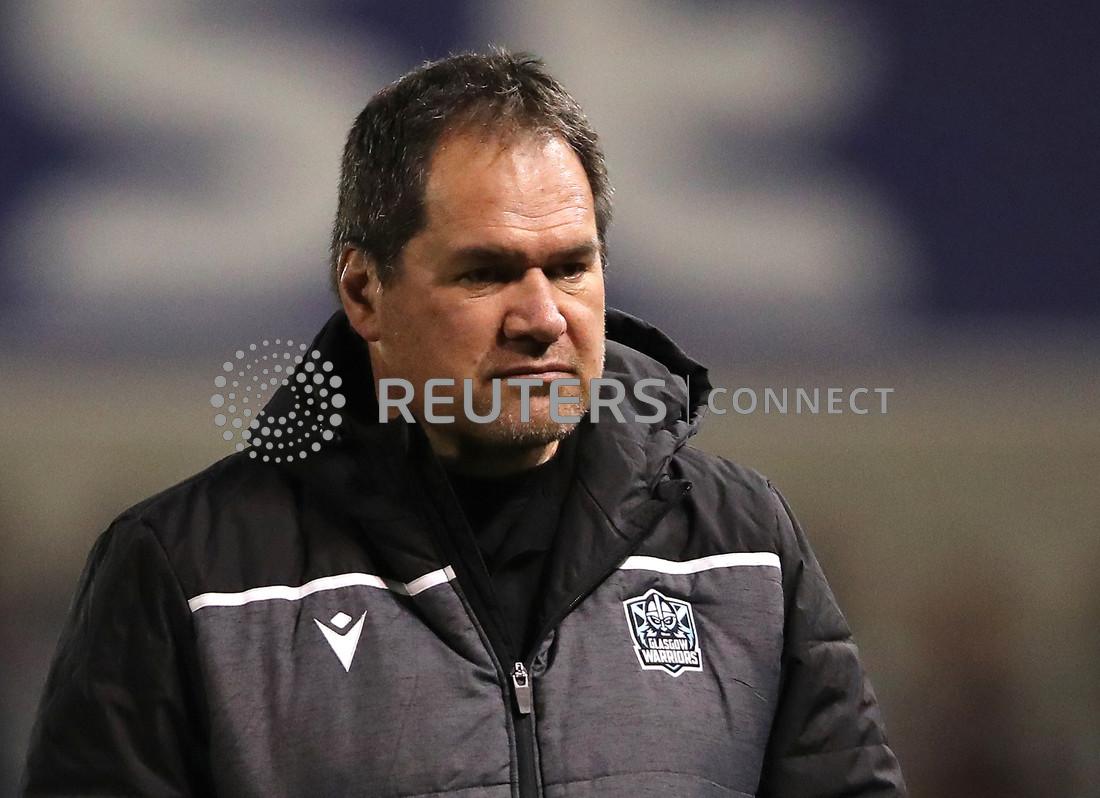 MELBOURNE (Reuters) – The knives are not yet out for Dave Rennie but a shocking run of injuries has left the Australia coach on shaky ground ahead of daunting tests against world champions South Africa and a resurgent New Zealand.

Wallabies fans may have hoped for results-based progress in Rennie’s third season in charge but their team have now lost a home series to England, crashed to their heaviest defeat to Argentina and slumped to seventh in the world rankings.

Rennie will name his squad this week for back-to-back Rugby Championship matches against the Springboks starting in Adelaide on Aug. 27 and could welcome up to eight fit-again players back to camp.

Hookers Dave Porecki and Folau Fainga’a, and Hunter Paisami are expected to return from head knocks, along with winger Andrew Kellaway from a hamstring injury.

Two of the Wallabies’ most important players in flyhalf Quade Cooper and centre Samu Kerevi are nursing long-term injuries, though, and there is no timeline for captain Michael Hooper’s return after his sudden withdrawal for wellbeing issues.

While a virtually second-string Wallabies team rallied bravely to beat the Pumas in Mendoza, the wheels fell off in San Juan last Saturday after further late withdrawals.

Apart from disrupting momentum, the long injury list has put the team’s training methods under the microscope.

Cooper injured his calf warming up for the first test against England in July after Kellaway and two other team mates broke down with soft tissue injuries at training in the lead-up.

Paisami, Porecki and Fainga’a all suffered head knocks at training in the week of the San Juan test.

“With the soft tissue stuff, the guys were coming out of Super Rugby seasons and the intensity of training coming into Wallabies camp really picked up,” Rugby Australia boss Andy Marinos told Nine Network-owned newspapers this week.

“We’ve identified it and we’re working with our (strength and conditioning) guys around load management, but for me soft tissue injuries do come around now and then.”

Forced to plug holes in starting sides with third and fourth-choice players, Rennie’s win rate has now slumped to 40% from 25 tests, the lowest of all Australian coaches in the professional era.

His faith in Cooper as his starting flyhalf at next year’s World Cup was again undermined by the veteran’s Achilles injury in Mendoza, and a number of team selections backfired against Michael Cheika’s Argentina.

Makeshift fullback Tom Wright struggled under the Pumas’ high ball in San Juan and the omission of developing flyhalf Noah Lolesio from the entire series sparked criticism from fans and pundits.

Rennie is contracted through to the end of the World Cup and backed by Rugby Australia to lift the team.

That faith will be put to the test through the rest of the Rugby Championship. Another run of defeats could leave Rennie on very thin ice, no matter how crammed the Wallabies’ casualty ward.