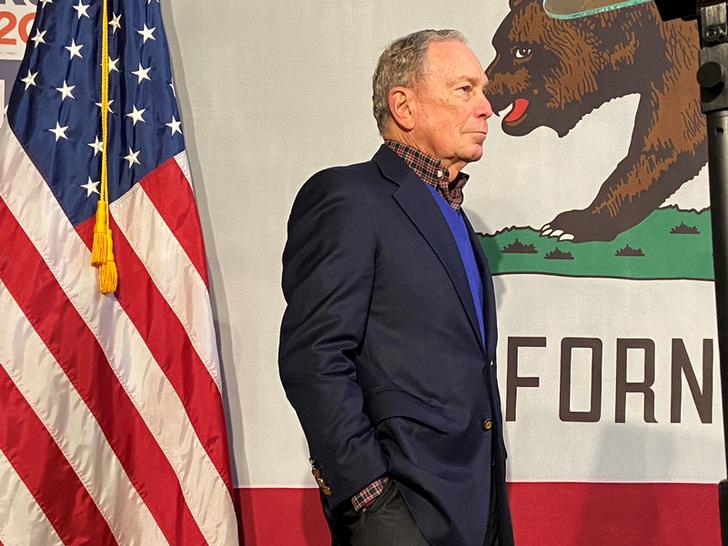 “Mike will get it done,” he said, repeating the slogan that played on his Fortnite and Minecraft gaming videos.

The billionaire candidate, a late entrant in the primary race, is pouring money into Super Tuesday states voting on March 3 and saturating them to a degree that political media strategists and ad-tracking firms said is unprecedented.

California is the single biggest prize of the presidential primary with more than 400 pledged delegates available.

Bloomberg, who has spent about half a billion dollars blanketing the country with ads, has shelled out about $50 million on cable, broadcast and radio ads in California, according to ad tracking firm Advertising Analytics.

“It was like he flipped a switch and his ads were everywhere,” said Timothy Riley, a musician and Bernie Sanders supporter in Los Angeles.

Campaigns can place TV ads in a state through buying commercials on local stations or targeting audience location on internet-enabled TVs and cable or satellite television services.

“Politics is a unique animal in that there’s never seemingly been much concern paid to the frequency piece – in other words, ‘Am I going to do any damage to the candidate or the brand by showing an ad every three ad spots?’” said Joel Cox, co-founder of connected TV ad tech firm Strategus.

In a Reuters/Ipsos national poll, conducted Feb. 19-25, 15% of registered Democrats and independents said they would vote for the media mogul, putting him in a tie for second place with former Vice President Joe Biden, but behind Sanders at 26%.