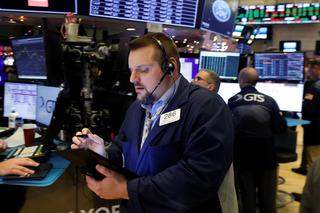 Traders work on the floor of the New York Stock Exchange shortly after the opening bell in New York, U.S., December 5, 2019. REUTERS/Lucas Jackson

But as a tumultuous week of contradictory trade news and mixed economic data drew to a close, only the S&P 500 posted a weekly gain. The Dow and the Nasdaq ended the session down from last Friday’s close.

The U.S. economy added 266,000 jobs in November, the largest increase in 10 months, according to the Labor Department, blowing past analyst estimates. The unemployment rate edged down to 3.5%.

“This type of report shows underlying economic strength, and it gives corporate management confidence in the strength of the economy,” said Tim Ghriskey, chief investment strategist at Inverness Counsel in New York. “Primarily because of (trade negotiations), there’s been a lot of uncertainty with management.”

Regarding trade, White House economic adviser Larry Kudlow said that while the Dec. 15 remains the date when the next round of tariffs on Chinese goods will take effect, “the reality is constructive talks, almost daily talks; we are, in fact, close.”