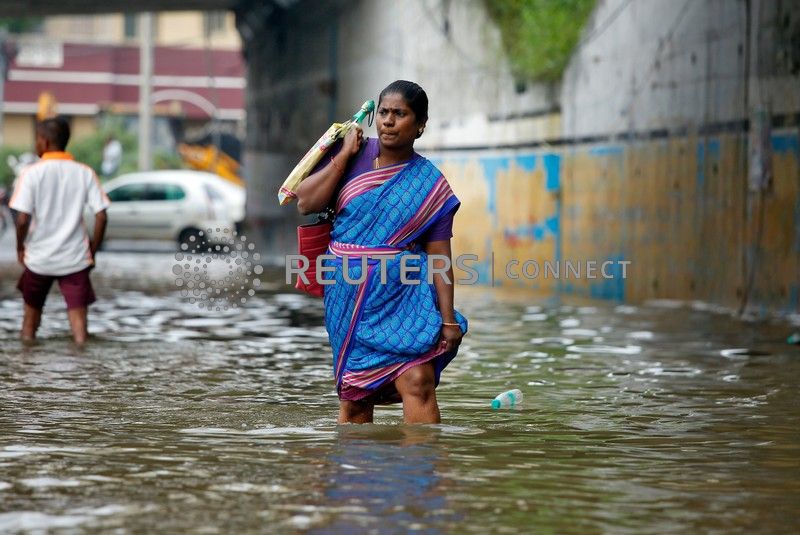 A woman wades through a water-logged underpass after heavy rains in Chennai, India, December 2, 2019. REUTERS/P. Ravikumar

Efforts to rescue any people who may be trapped, and clear the debris from the compound wall, which fell on houses close by, were still in progress, a senior police officer from the area told Reuters by phone on Monday.

India saw its wettest monsoon in a quarter of a century and rains have lasted longer this year, triggering floods and killing hundreds of people. [nL3N26L26L]

The monsoon’s withdrawal, which begins early October and is the main source of rain for the south-eastern states, was delayed.

Weather officials in Chennai issued a red alert to six districts on Sunday and warned fishermen against going to sea due to cyclonic storms.

Meanwhile, schools in some parts of the state declared a holiday on Monday, local media reported.