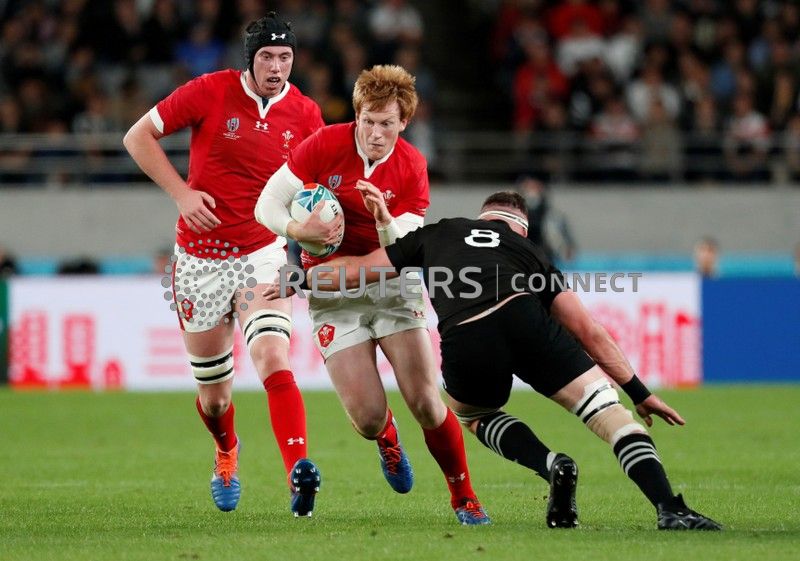 (Reuters) – Wales duo Rhys Patchell and Jonathan Davies face months out of action as they prepare to have surgery for injuries sustained in the Rugby World Cup, the Welsh Rugby Union (WRU) said on Tuesday.

Flyhalf half Patchell injured his shoulder in Wales’ 40-17 defeat by New Zealand in the third place playoff while his Scarlets team mate Davies injured his knee earlier in the tournament in Japan.

“Patchell is expected to return to play between 12-16 weeks following a shoulder injury whereas Davies faces at least six months recovering from knee surgery,” a WRU statement said.

Their recovery periods mean both players are set to miss the Six Nations tournament beginning in February next year, where Wales will look to defend their title.

Centre Davies sustained his injury in a Pool D match against Fiji but soldiered on and played with his knee heavily strapped in their final two matches of the tournament against South Africa and the All Blacks.

Patchell has struggled for fitness in the 2018-19 season with a series of concussion issues.