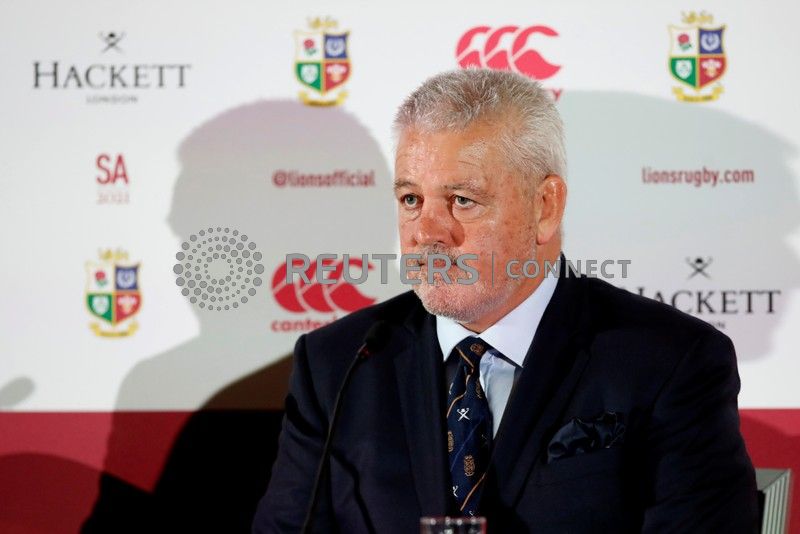 WELLINGTON (Reuters) – Wales coach Warren Gatland has signed a four-year contract with the Waikato Chiefs, replacing Colin Cooper who quit on Thursday with a year left on his contract.

The Super Rugby side said on Friday the 55-year-old Gatland will join the Hamilton-based team after the Rugby World Cup in Japan.

Gatland, a Waikato provincial stalwart in the 1980s, will have a break to take control of the British and Irish Lions for their tour of South Africa in 2021 before he returns to the Chiefs role for the 2022 season.

The former All Blacks hooker had signalled earlier this year he was keen on returning to New Zealand and moving into a Super Rugby coaching role.

He will be released from his Chiefs contract in August 2020, after next year’s Super Rugby season, to focus on the Lions.

“With a sound rugby background and his desire to return home to New Zealand and be involved in Super Rugby naturally made him a top choice for the role.

“Like Warren we are excited for his return to the Chiefs rugby environment.”

A mobile hooker in his playing days, Gatland has developed into one of the world’s premier coaches since he cut his teeth with Irish side Connacht before leading Ireland from 1998-2001.

He moved to English club Wasps from 2002-2005 before returning to New Zealand where he coached the Waikato provincial team and was a technical advisor for the Chiefs.

Gatland returned to Britain to take on the head coaching role with Wales in 2007 and has led them to four Six Nations titles, three of them Grand Slams.

He also led the Lions to a test series victory over Australia in 2013 and a drawn series with New Zealand in 2017.

His announcement to leave the Wales job after the World Cup in Japan sparked a flurry of media speculation as to his interest in the All Blacks job, with Steve Hansen stepping down after the global showpiece.

But the Chiefs role, coupled with his Lions duties, would appear to have ended his chances of succeeding Hansen.

The twice-champion Chiefs bowed out of the Super Rugby quarter-finals with defeat to Argentina’s Jaguares last week after qualifying for their eighth successive playoffs campaign.