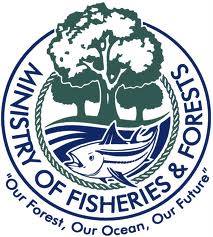 Agarwood farmers have been told to put their plans in developing the lucrative scented wood on hold pending research by the Ministry of Forestry which is expected to be completed by December next year.

Forests Ministry director for silviculture research and development division Jale Tauraga said there were many assumptions made by farmers which were still to be confirmed.

“Many people think agarwood (aquilaria) is good to harvest when they have grown 5-7 years, which is not the case as it takes at least 10 years to grow this valuable species in Fiji as this is when it reaches the minimum diameter for harvesting,” said Mr Tauraga in a statement.

“Like other plants, agarwood plays an important role in greening our surrounding and absorbing carbon dioxide from the atmosphere for climate change mitigation.

“Because of its economic value, it also has the potential to have a negative and positive impact socially and economically.

“Some of the concerns is that it is highly probable that agarwood trees may not produce agar naturally as it needs intervention in three forms; physical, biological and mechanical.”

Mr Tauraga highlighted that the ministry had yet to complete its research and any negative impacts encountered by those already planting would be at their own risk.

“These processes will require the introduction of fungi and the use of chemicals which would have negative impacts on our biodiversity that would be costly for Fiji as a nation to contain and mitigate.

“Therefore, I am urging members of the public who are interested or already have agarwood plantations not to assume things concerning agarwood, but wait for the final research result from the ministry.”

He said the failure or success of agarwood was expected to be known by December next year if all necessary research and trials are on track.

“Many people think agarwood is good to harvest when they have grown five to seven years when it is not.

It takes at least 10 years to grow this valuable species in Fiji as this is when it reaches the minimum diameter for harvesting.”