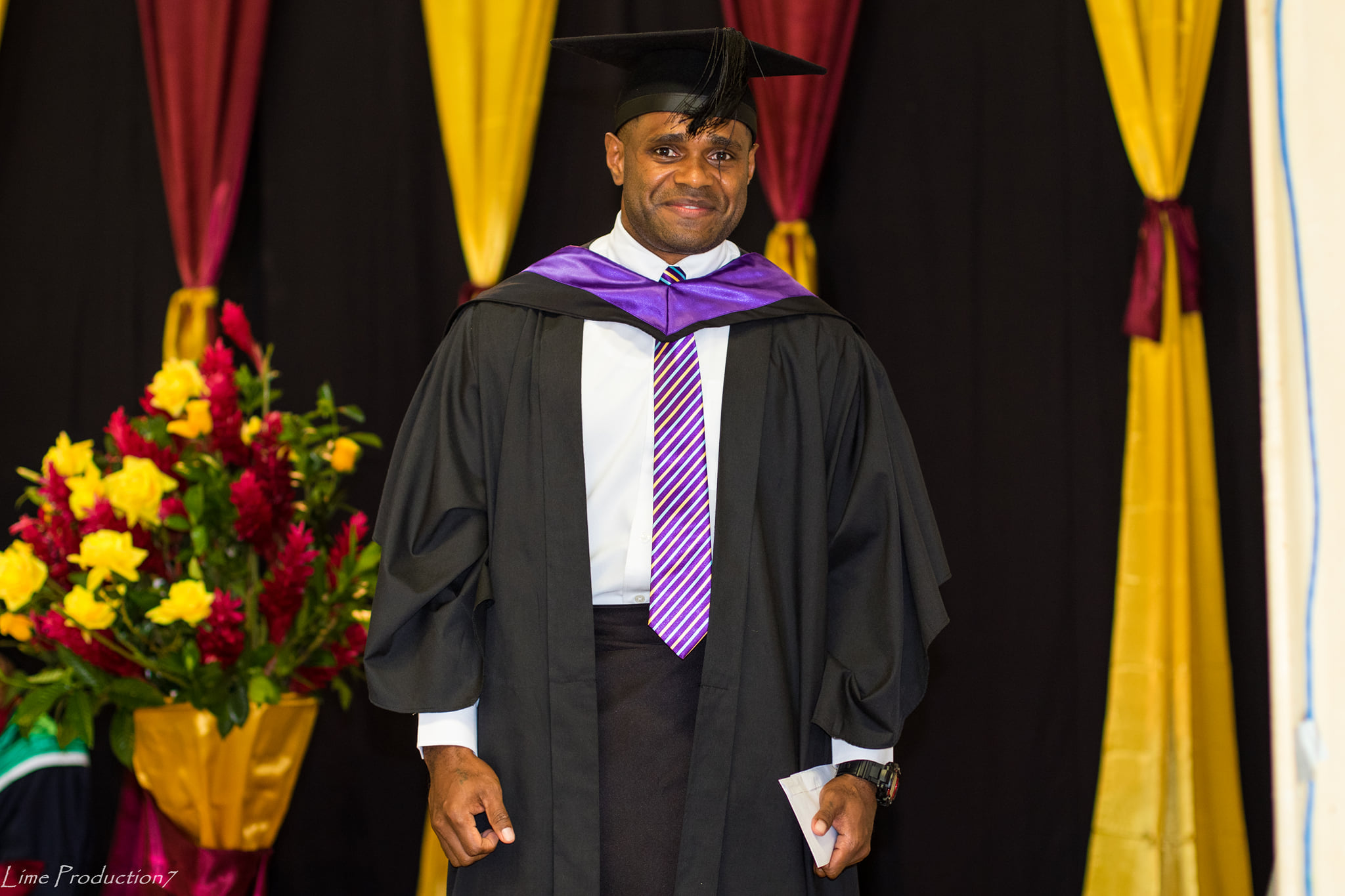 Waisele Dokonivalu did not let the financial challenges that forced him to drop out of school stop him from pursuing and achieving his academic dreams.

Almost a decade after dropping out of school due to financial constraints, the Yavuloa, Nadroga lad defied all odds and graduated with a Bachelor of Theology from the Fulton Adventist University College in Sabeto, Nadi last week.

He said “the struggle was real” because it took him six years to complete the three-year course.

Mr Dokonivalu said be believed he was able to overcome obstacles and see his way through the study program only because God had plans for him.

“It takes three years to attain a Bachelor of Theology but for my case, I started in 2012 and 2013 at Fulton Adventist University College at the old campus but due to financial issues I was unable to continue my studies, so I dropped out,” he said.

“But God had a greater plan for me and after six years, the Transpacific Union Mission funded my studies and I was able to resume my theological studies at the new campus in Sabeto, Nadi.”

Mr Dokonivalu said there were too many hurdles to mention, but he was able to overcome them all during his period of study.

He said COVID-19 was also a major deterrent to his study but his trust in God pulled him through.

“When COVID-19 struck, our mode of study was changed from face to face into online learning. This transition disturbed my momentum of learning and being away from the classroom for six years was a challenge in itself.

“But through God’s help and the continuous support of my family and friends, we made it through.”

Mr Dokonivalu attributed his success to God and his family.

“Spending personal time with God daily and by reflecting, implementing, and sharing what had been learnt in class was the reason for my success.

“My family, wife and friends were really supportive and I thank them for that.”

Mr Dokonivalu said he would be posted to Tuvalu and was looking forward to working the mission field there.

“God has called us to serve in Tuvalu and I am ready for that calling.”

Mr Dokonivalu was also awarded the Institute of Public Evangelism Award from the South Pacific Division of the Seventh-day Adventist Church. He said the award was given to outstanding theology students who showed interest and potential in public evangelism.

“Throughout my academic journey from primary school to secondary level, I had never received an academic award. I only received sports awards all throughout, but I praise God that he had a better plan.”

He urged youths to work hard and to do their best.

“This and putting God first every day of your life is the best recipe for success.”