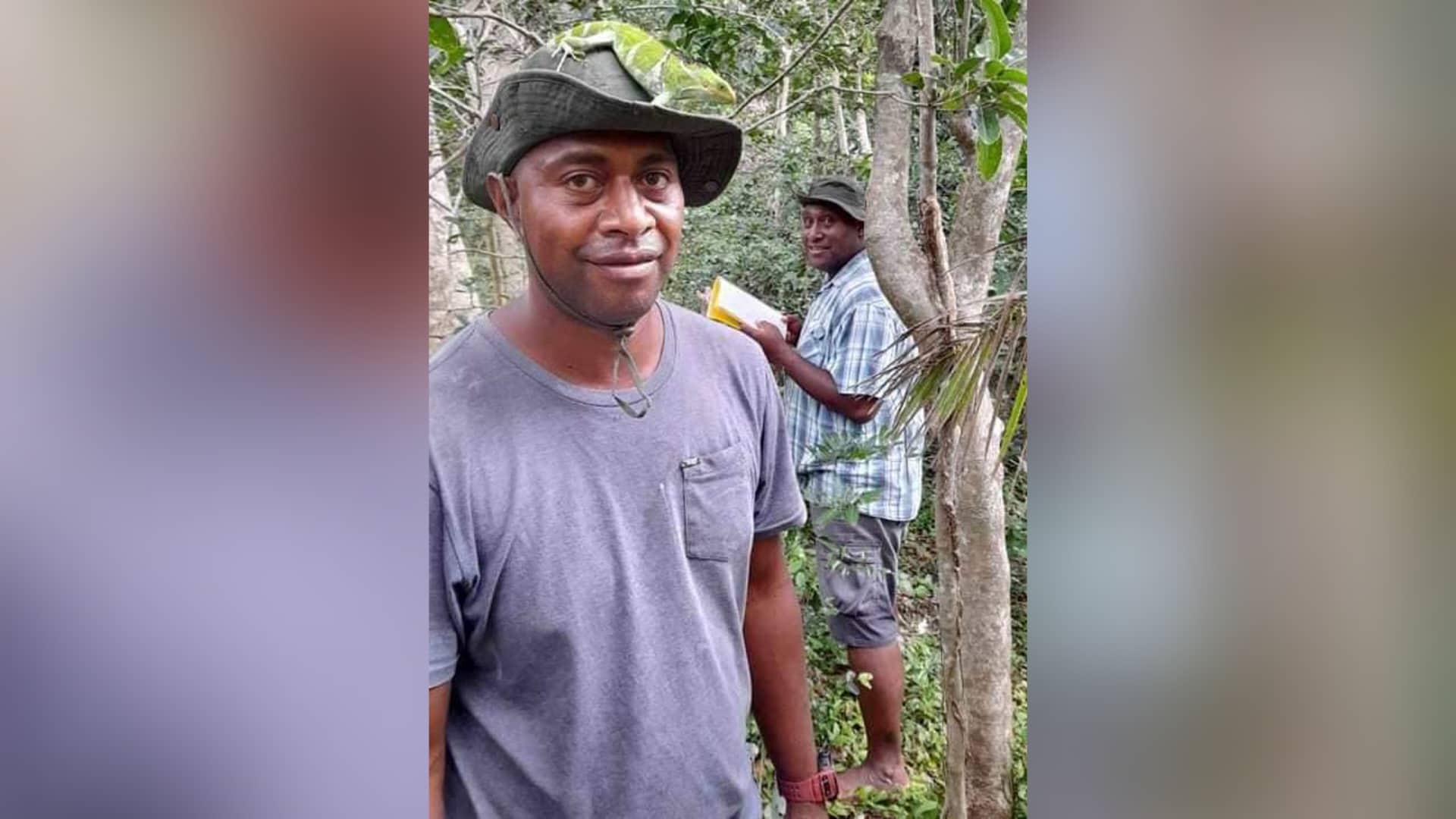 Lekima Muavere, with an iguana on his hat, says he hopes to pass on his knowledge and skills to his son. Picture: SUPPLIED

Growing up near the Waisali Rainforest Reserve in Cakaudrove, Vanua Levu, Lekima Muavere has always had a special relationship with nature.

So it was no surprise to many who knew him that he took on the vocation of protecting and preserving the national park.

“I started volunteering (at the reserve) in 2004,” the Savusavu native said.

“The rainforest sits on our ancestral land and I used to go there with my uncle and father who were rangers.”

He said as a teenager he was inspired by watching his uncle spend his entire life, protecting the forest reserve and its endemic species.

“From that time I knew I was going to be ranger too. “It wasn’t hard to make that decision because we all believed that our land and forest needed protection.”

He said roaming the 300-acre reserve was an adventure paradise.

“It has everything, from all of our native trees and plants even down to our flowers, then we have the rare species such as Fiji’s endangered ground frog.”

He said the endangered frog was thought to be extinct but was discovered within the Waisali Rainforest.

“From a very young age I learned how important land is and how we need to protect it. After acquiring a formal education at the Fiji National University through the National Trust of Fiji, the father of one decided to carry on the mantle left behind by his uncle.

“I want to continue what they started…especially in educating and creating awareness among my people.

“We can easily get swayed by money and development but our land and what it comes with can never be replaced.”

The 36-year-old hopes to pass on his knowledge and skills to his son.

“My uncle taught me about the importance of our land. I want to pass that knowledge to my son.

“He is three years old and one day I hope to take him out to Waisali and teach him what I know.

“We need to start with our own family members and help them understand why we should be doing this.It is not only for us but also for our future generations.”