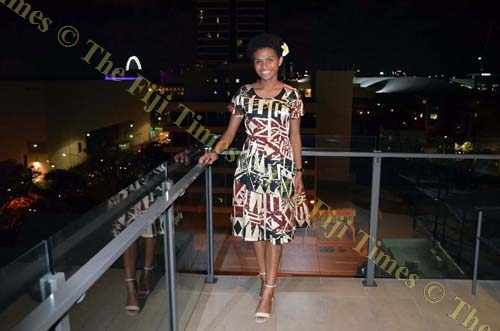 A FORMER Hibiscus contestant has stressed that rheumatic heart disease (RHD) is not something a child is born with.

Buli Wainiqolo, 19, a survivor of RHD said she was diagnosed with RHD at the age of 11 in 2011 after a screening team visited the school she was attending. Ms Wainiqolo said symptoms such as sore joints should not be brushed aside as something that would go away on its own.

“If not treated, this can lead to damage to the valves of your heart. Injections were painful and I got frustrated when I was referred from one health clinic to another because the benza injections had run out,” Ms Wainiqolo said.

“I am aware that the benza is now in adequate stock at all health centres. I realised that the benza was protecting me and it was important to take it every month.”

She added it was a good thing that benza was provided free of charge at any health facility.

Advocating for RHD in the 2017 Hibiscus Festival was a turning point in Ms Wainiqolo’s life as her talent in advocacy was also recognised by the global RHD community.

In October 2017, she was invited to speak at the RHD reception, a side event at the 68th Regional Meeting of the Western Pacific Region of the World Health Organization, held in Brisbane, Australia.

She also had the opportunity to represent Fiji and those living with RHD at the Global NCD Alliance Forum, held in Dubai in December 2017.

In May this year, at the 71st World Health Assembly in Geneva, she was invited to share her story. Her advice to people living with RHD is for them to be encouraged, not to be silent, to share their story.

Her message to young people is to create awareness for issues they are passionate about and to use the different platforms they have easy access to such as social media.