Waidra accident: Indications of only one passenger in vehicle 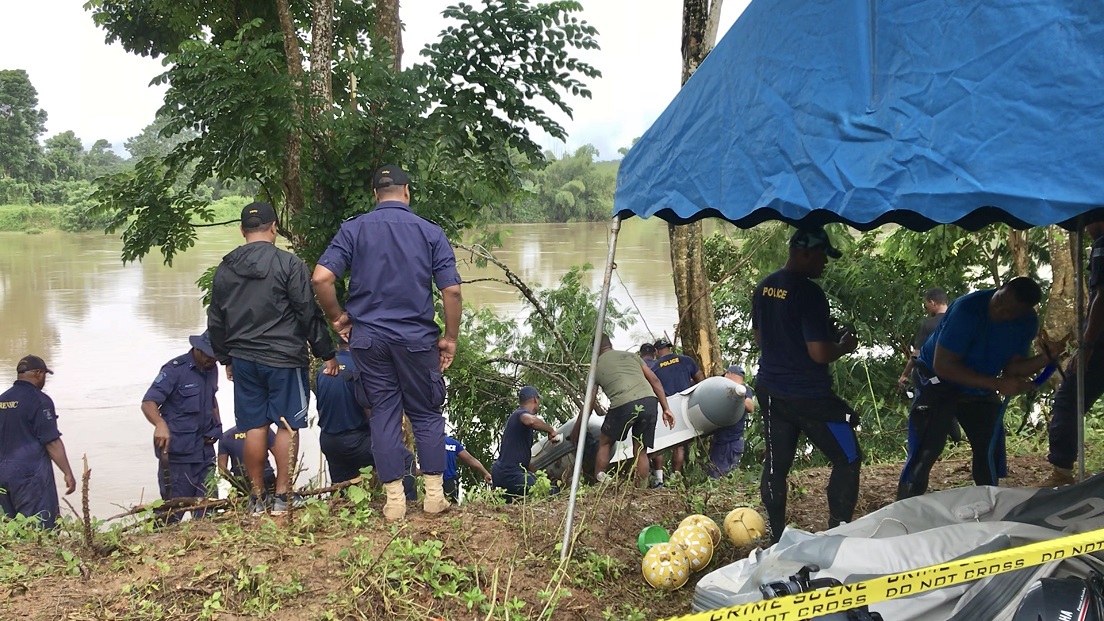 Police at Waidra, Baulevu, where a vehicle veered off the road and plunged into the Rewa River last weekend. Picture: LITIA CAVA

THE decision on whether Police divers will continue its search and rescue operation for the occupant(s) of the vehicle that plunged into the Rewa River at Waidra, Baulevu, on Wednesday earlier this week will be made after careful assessment of safety risks.

Police spokeswoman Ana Naisoro says the current is still strong and there is very poor visibility.

“Traffic officers have so far gathered information indicating that only one person was inside the vehicle contrary to eyewitness reports of there being four people when the incident occurred,” Ms Naisoro said.

“However, we reiterate again, that this is still to be confirmed as there is yet to be a positive sighting of any vehicle,” she said.